Burning Torches adds a new level of difficulty and realism to Minecraft. It replaces standard torch crafting in the game with extinguishable torches, although vanilla torches can still be found and used just not crafted. This means that you’ll need to be extra careful in areas prone to darkness that they don’t go out on you! 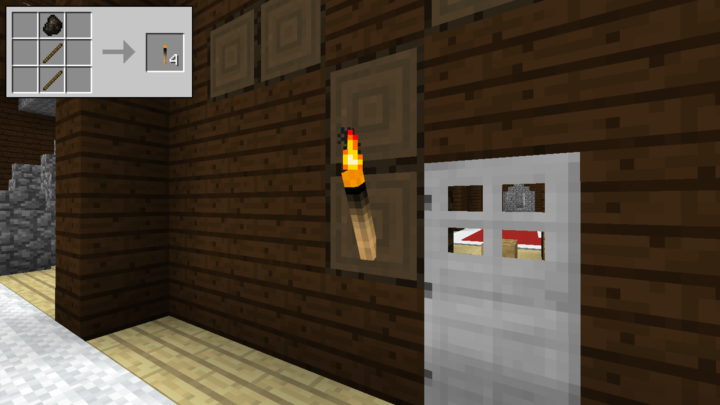 Over time you’ll notice the torch burning down and getting smaller before it disappears altogether. The torches can be repaired while they are burning by using either coal or planks on them. 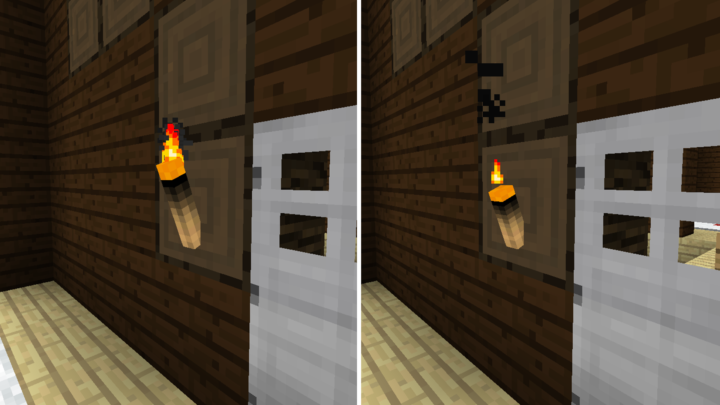 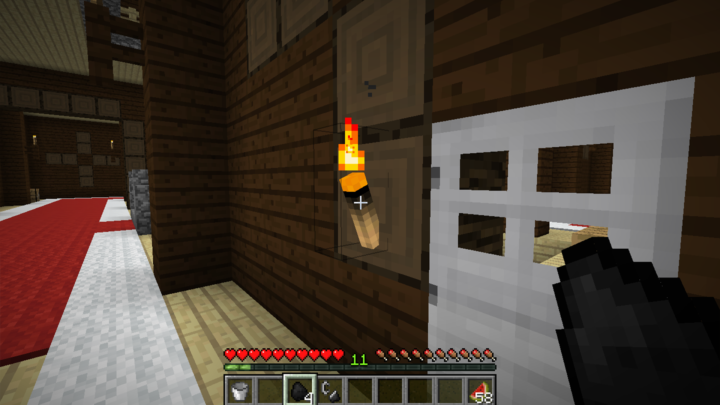 But they can be extinguished manually with an empty bucket and re-ignited with flint & steel. This will save them from needing to be repaired and you can just light them again. 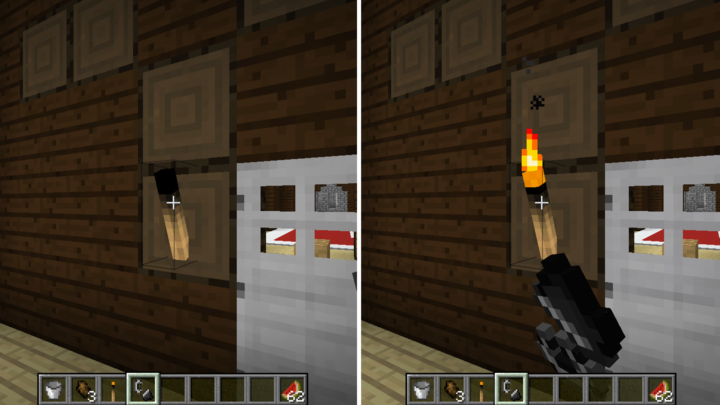 And torches will also burn out in rain but they can be re-ignited after the rain stops. 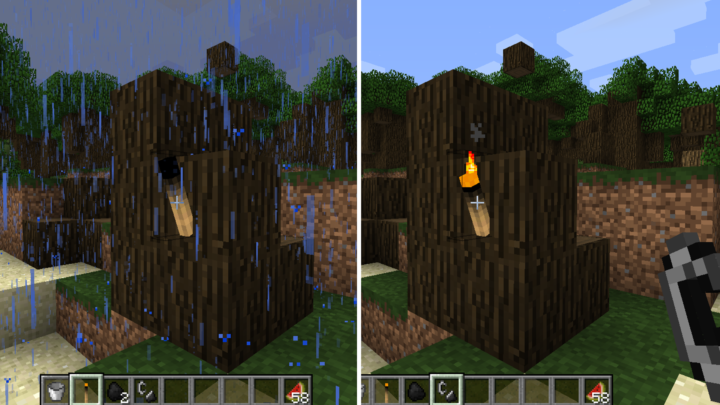 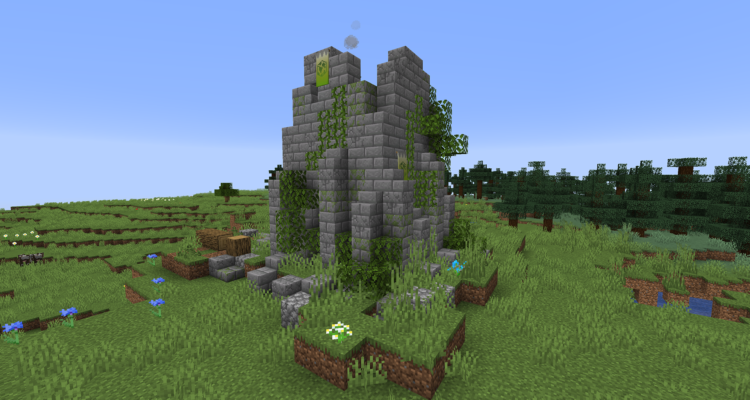 Valhelsia Structures generates a variety of abandoned structures, ruins and dungeons in your world. It gives you something more to explore in the game and look ... 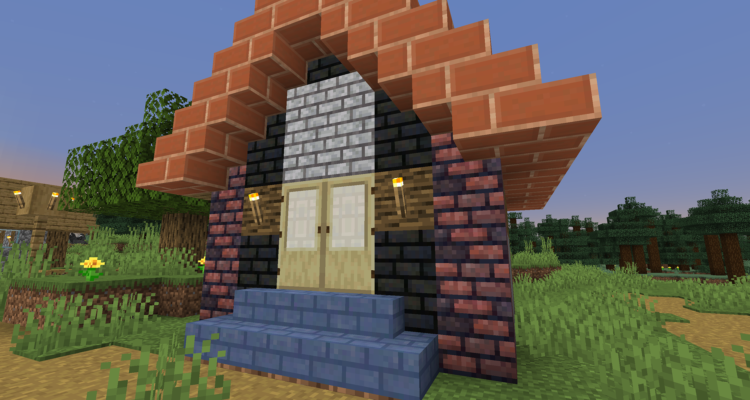 EmbellishCraft adds a bevy of new blocks and materials to Minecraft. With the addition of new stones, this mod overhauls brick based blocks. There seems to be a... 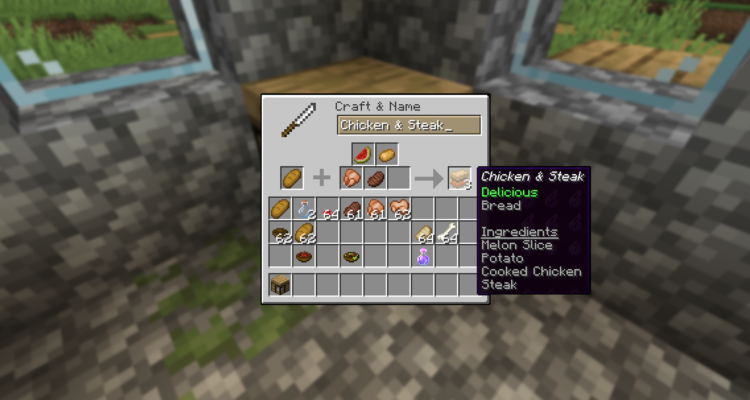 Culinary Construct allows you to combine any food item you have into a convenient and tasty soup or sandwich. All you need is the Culinary Station and then you ...