The Physics Mod is a ridiculously fun way to experience the way blocks and mobs behave once they’ve been broken or killed. Blocks will break apart into several chunks before disappearing. You’ll still be able to collect the standard block drops as normal but this mod makes for a fun spin on the whole foundation of the game. It offers a more immersive experience by creating some realistic animations but also having the ability to really stretch reality with some extreme options as well. Dirt and sand as well as similar blocks will now practically explode into dozens of pieces and crumble apart or down whatever hills or cliffs they were once a part of. 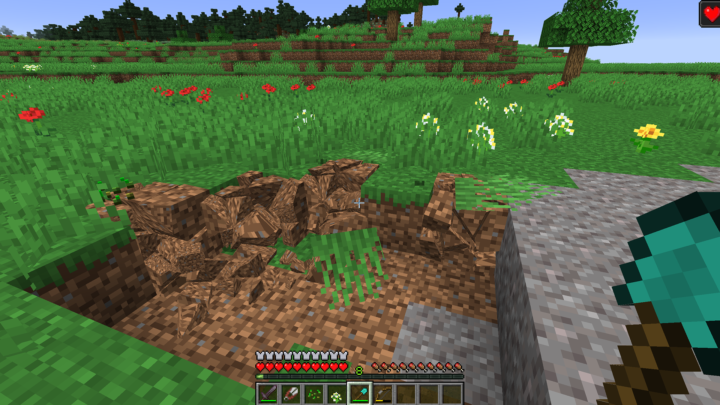 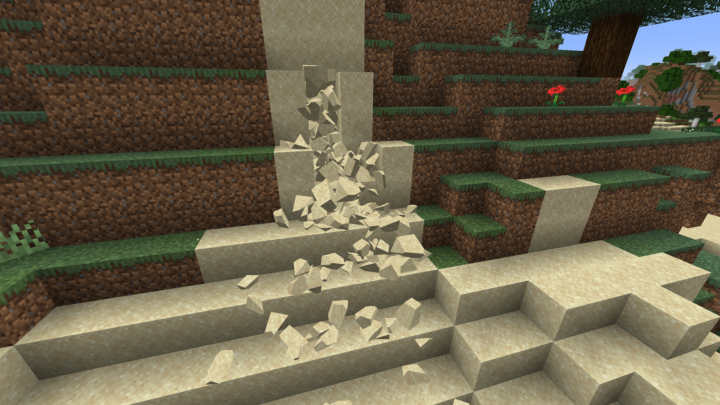 These chunks will also react with liquids by carrying pieces along the currents, which actually seems a bit more realistic in a Minecraft sort of way. The physics of the pieces will flow accurately with however the liquid is flowing and maintain those speeds and animations until they disappear. So if you break some gravel or dirt and that starts a stream of water or lava then the blocks will follow along as you’d expect. But if you break a block in still liquid then it will simply float and eventually sink. 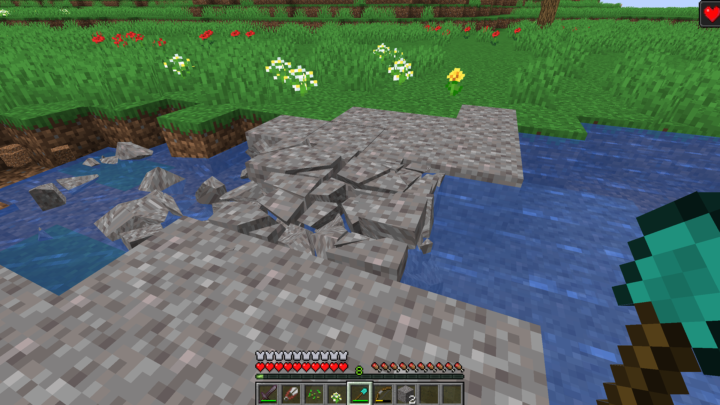 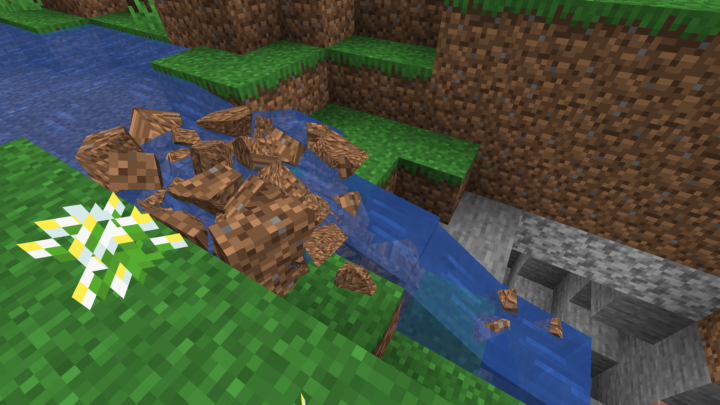 And breaking blocks or plants under water will cause the pieces to float up to the surface since they would naturally be less dense than the water they are growing within. 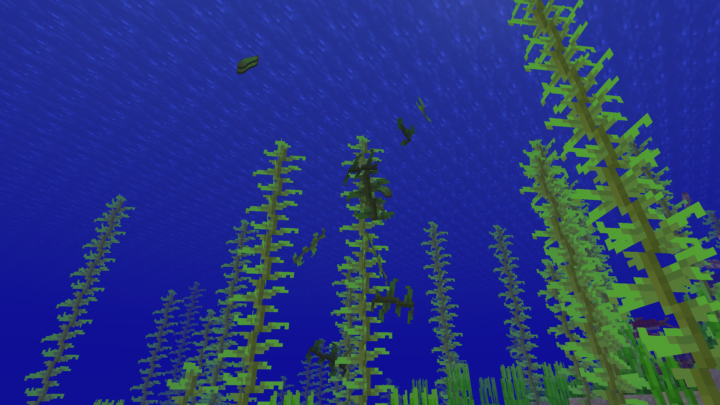 Trees will also break entirely, which is an added bonus with this mod. So instead of needing to chop each log individually, you can simply break one and the whole thing crumbles. The animations for this are pretty satisfying and watching the entire trunk and leaves simply explode and collapse is also entertaining. And just like any other block you’ll still get the same dropped blocks but now in a much more exhilarating fashion. 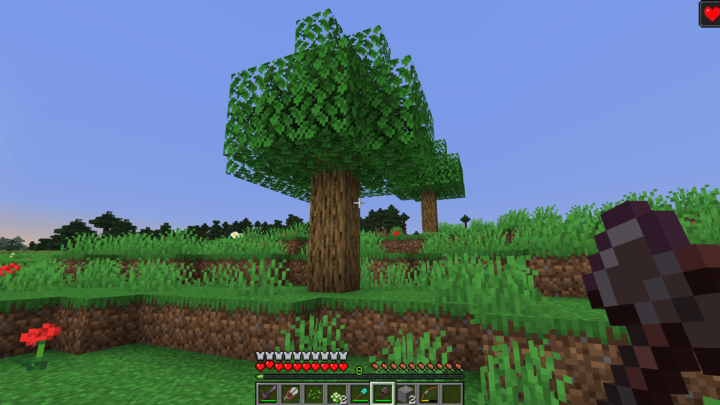 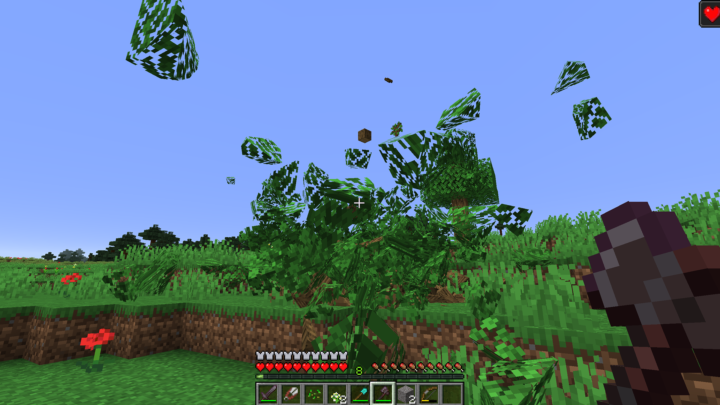 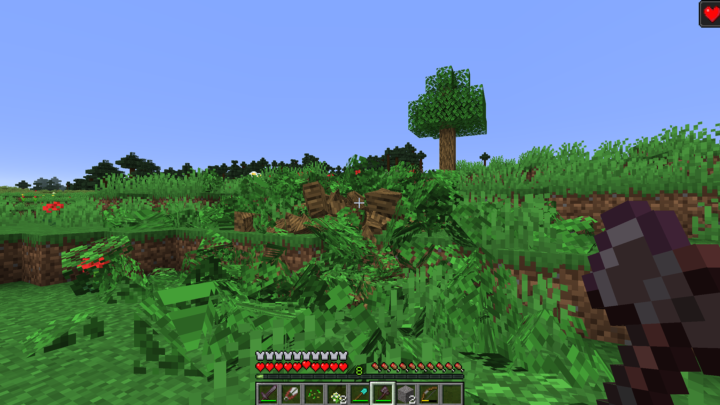 And with the already explosive nature that this mod adds to blocks breaking, you should expect that TNT also now makes for much more dramatic explosions as well since. Just give it a try and watch as a single block of TNT will have much more of an impact as it sends many more blocks and pieces flying in all directions! 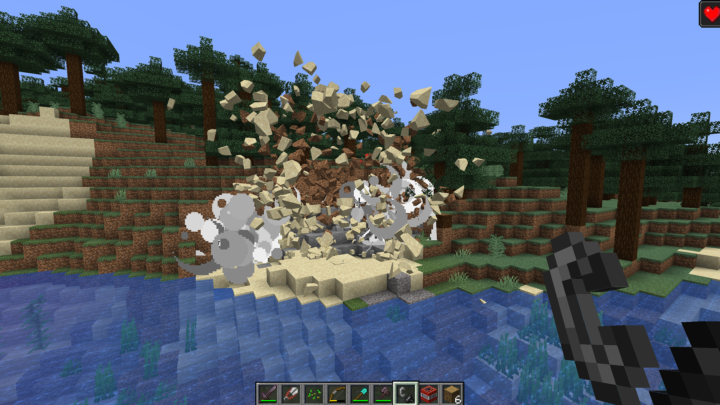 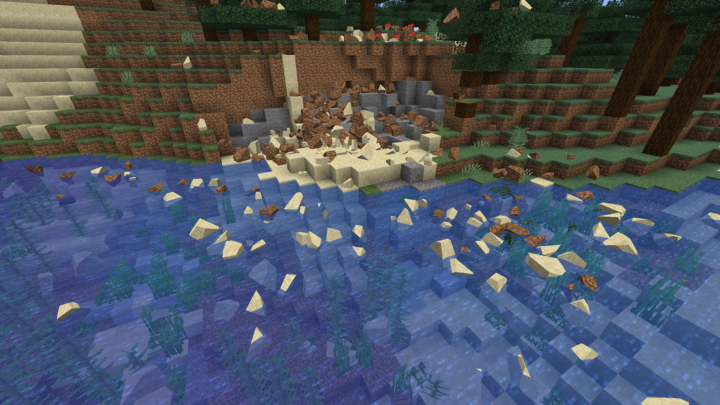 Animals and mobs have some alternate animations that you can specify by either setting them to have exaggerated ragdoll physics which will cause them to defy all laws of nature and even more extreme you can also have them explode into little bits when they die. 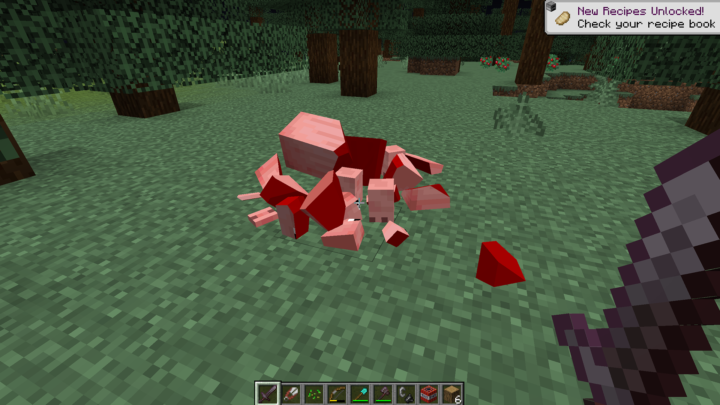 This can make for some hilarious outcomes depending on how high you have the settings dialed and it can get pretty morbid with the options of how exactly the exploded pieces look. You can set them to break into random chunks or random chunks with blood or even have them simply break apart into their individual blocky limbs and parts! You can even customize the amount of gravity within your world so you can make things suddenly become super heavy or take all that gravity away and start making things fly uncontrollably all around you! It might even make for a very dangerous way to fly across vast distances. 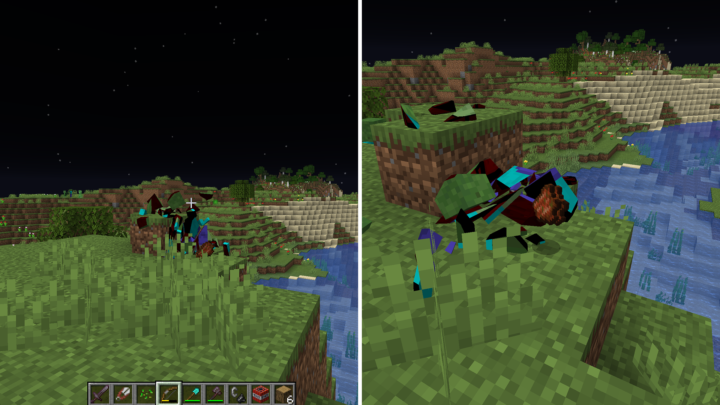 This mod has a massive config in the options menu that allows the player to make the physics as extreme or tame as they want. You can control how far these chunks will fly, how long they’ll last before disappearing, and even how long it takes for a block to collapse among many other customizations. But be careful what levels you set everything to as you might cause some serious lag or crash the game entirely. 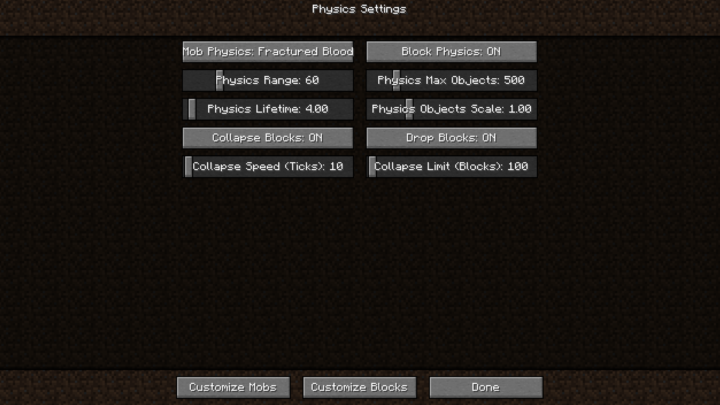 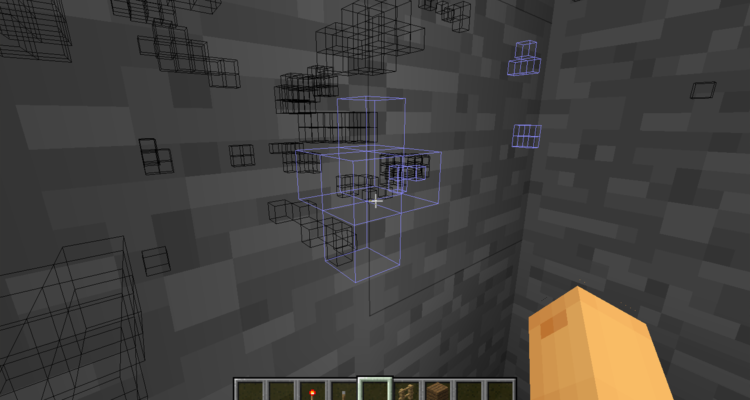 Advanced Xray is not a standard Xray mod. It won’t make all or most of the blocks around you disappear making it difficult to function. Instead it highlights ... 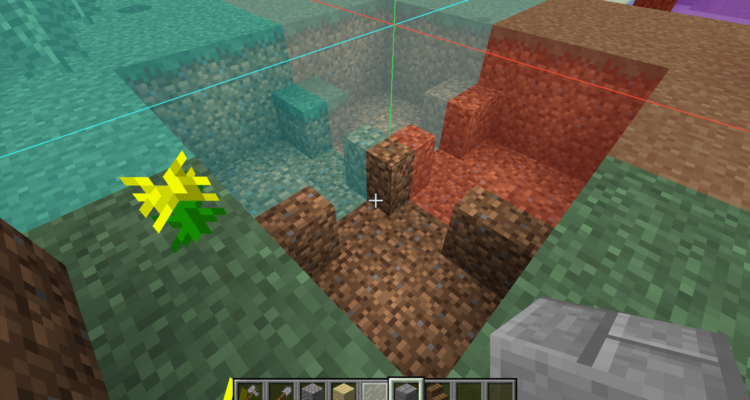 Effortless Building gives you the ability to mirror your construction and destruction of bricks in a designated set of coordinates. So you can double or quadrup... 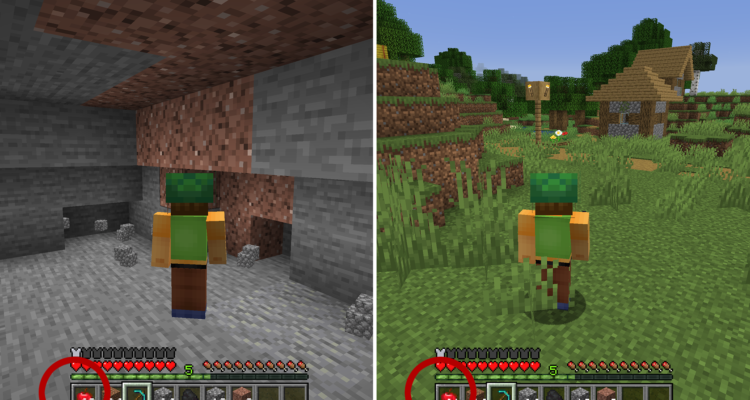 The Auto Feeder Helmet is a neat little tool that you can attach to any helmet in the game and even some from other mods. It will automatically feed you when yo...