The Collector’s Album is a very neat and useful tool to help enhance your overall Minecraft experience by collecting cards that pertain to any item found in the game. You can collect these cards that have increasing rarity and add them to an album which holds 150 cards at a time. These cards have a point system attached to their rarity and the more points you add up in an album, the more abilities and buffs you’ll retain! All you need to do to get started is craft a collector’s album with six pieces of paper, a book, and two pieces of purple carpet. 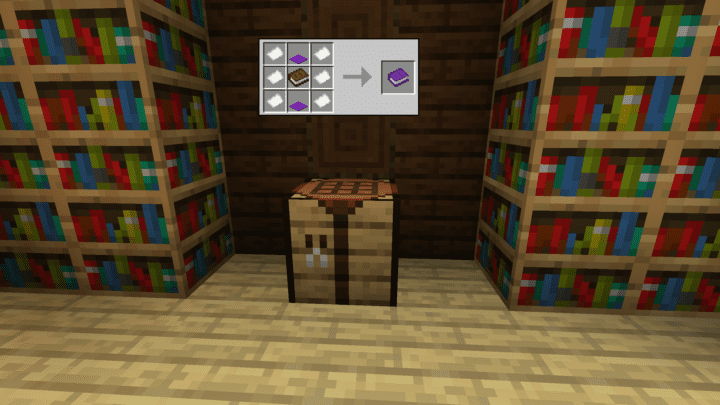 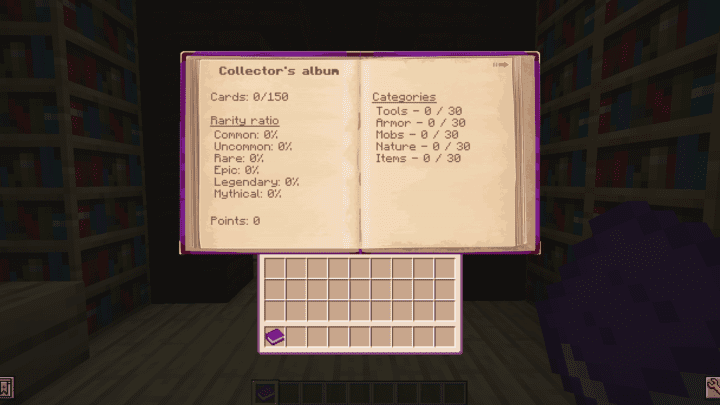 Obviously whenever you craft a new album it will be empty but now is the time to venture out and find card packs to start collecting. There are six possible card packs that can be found when killing hostile mobs. The packs won’t always drop, which adds to the rarity of collecting all possible cards. When they do drop you will have a chance of getting either common card packages, uncommon, rare, epic, legendary, and mythical and the cards within those packs will also range in rarity. The point system for the cards also increases by one for every tier you find. 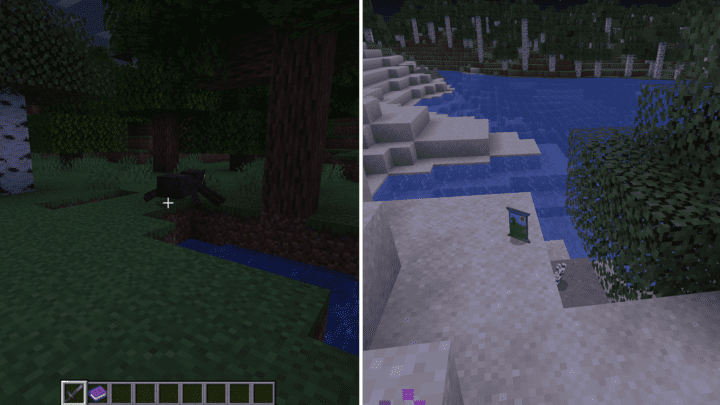 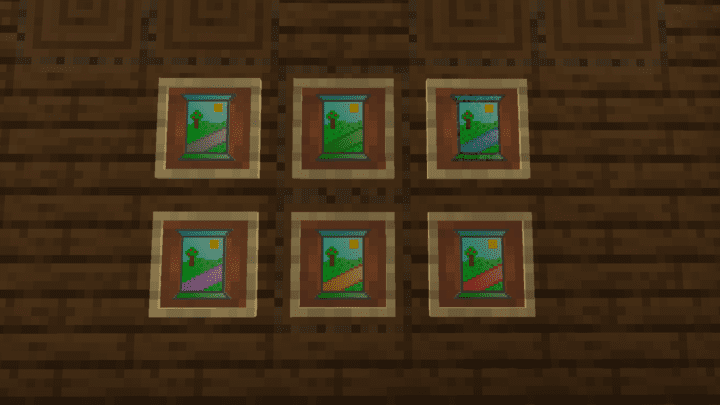 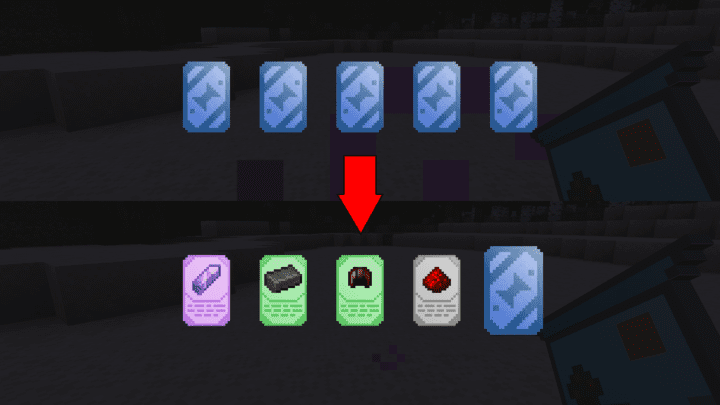 So any common card you find, such as the Acacia Sapling Card, will be grey and give you 1 point when you place it in the album. Then the next tier up will be uncommon and will give you 2 points all the way up to mythical rarity, which will give you 6 points. These points will add up and you will see the numbers change in those first two pages of the album. The cards are also numbered when you hover over them so you can place them in their correct slot within the album. Because there are six different tiers of cards, this means you can essentially craft six different collector’s albums that each contain 150 of each tier of card. 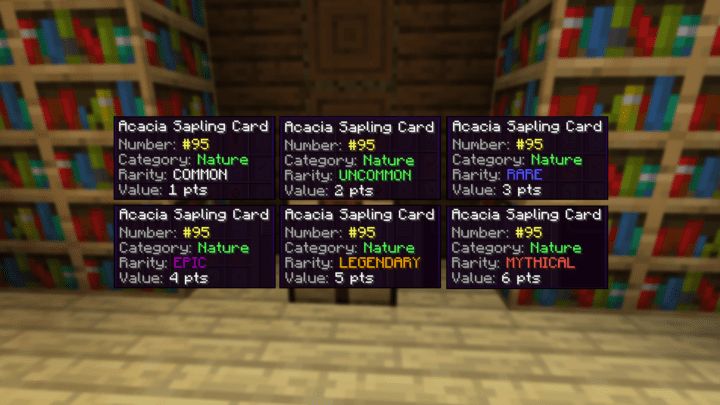 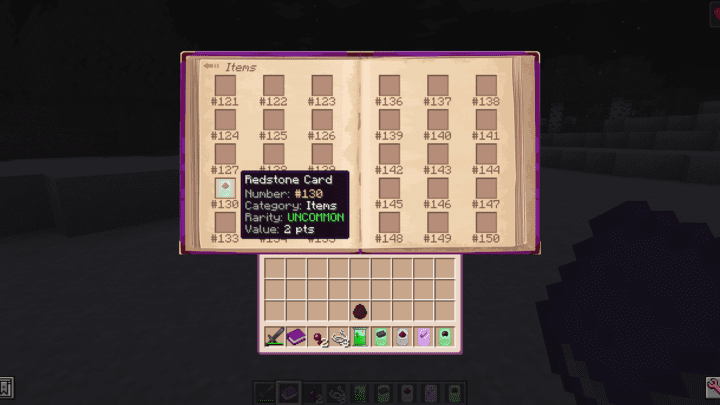 When you hover over the collector’s albums in your inventory and hold the control key, you will see what boosts you will obtain when you reach certain collection thresholds. So if you have at least 300 points in the album you’ll receive Health Boost I and that can go up to Health Boost X if you manage to obtain 900 points collected. And there are 30 points for each of the five category options for each card; Tools, Armor, Mobs, Nature, and Items. When you collect all 30 of any of these categories you’ll receive additional buffs like Resistance, Strength, and Regeneration! 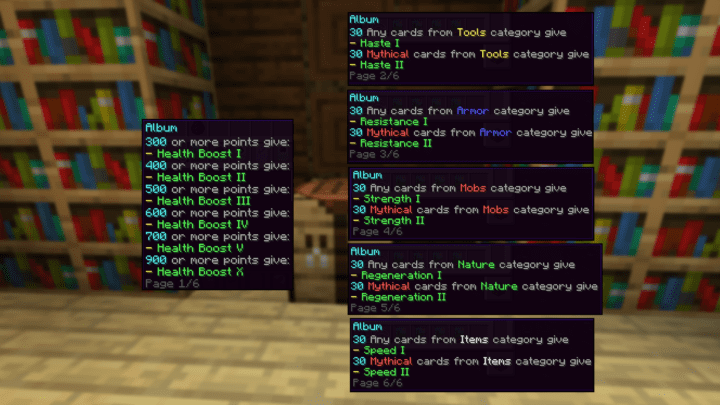 So this mod goes a bit beyond a typical collecting aspect because it will grant you some pretty significant rewards for seeking out rare cards and giving you some tangible items to physically add to your collection as well. Plus you can combine any multiple cards you collect into repacked versions of those packages and you can trade them with friends if you so choose! So could easily customize your own packs and start trading them or gifting them to friends. This aspect could be a great form of community currency on multiplayer servers since you can use them to upgrade your stats and any duplicate cards you get could help out other players if they need a boost somewhere. This mod does also require the Configuration API installed as well and can be found here. 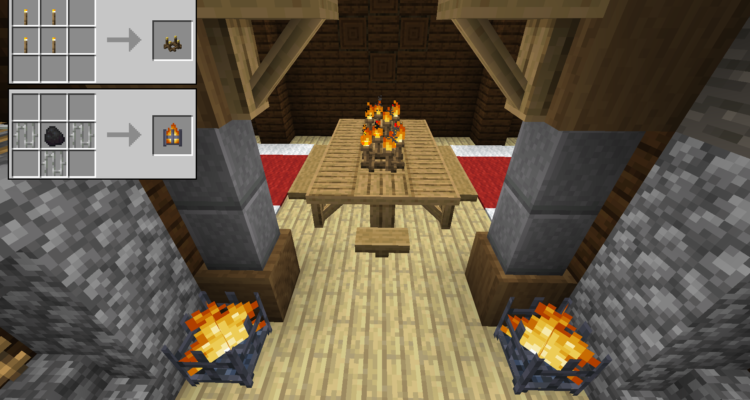 The Decorative Blocks mod adds a few new items to give a little extra finesse to your builds. It adds a variety of unique items that break up the vanilla look a... 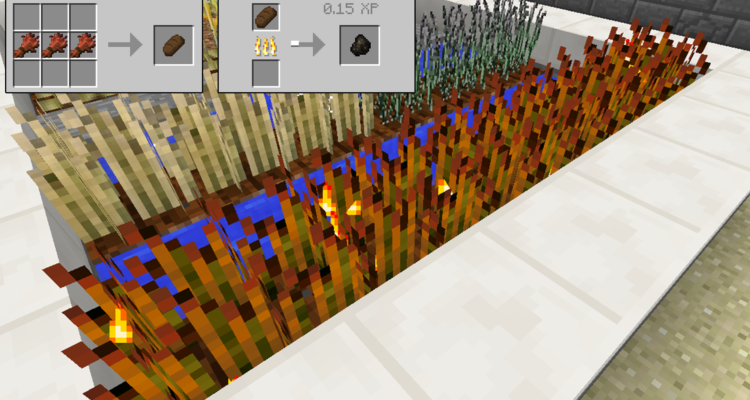 The Ahsenwheat mod adds a few new crops to the game that can be used for food but more importantly they can be crafted into some rarer items. So now you can jus...

The Ore Excavation mod makes for easy vein mining or tree excavation. It allows you to hold down a key (` by default) while using any tool greater than wood and...