Philip’s ruins is a mod that adds over two hundred randomly generated ruins and structures to your world. They come in a variety of damaged states and can often contain goodies or even traps so be careful while exploring. They can also be found in any biome as well as deep under water! 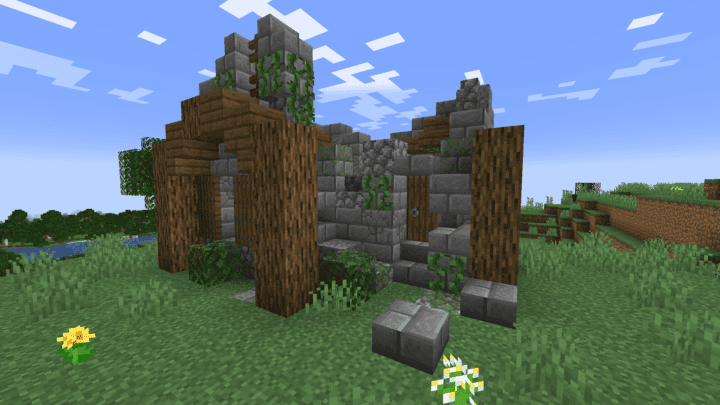 You will quickly notice these ruins scattered around and can sometimes be so dilapidated that there is hardly anything left of them. 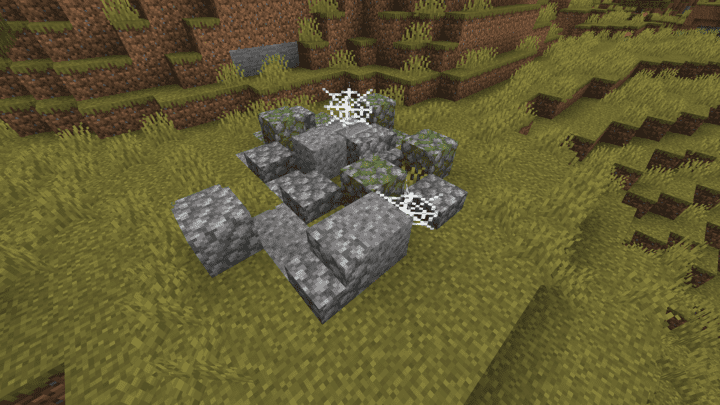 The aim of this mod is to try and create an ancient lost civilization lore built right into your saved world. You can infer any number of stories to add a bit of mystery and history to explore. You’ll find ruins that just barely come up out of the ground and you may have to dig around the structures to uncover the hidden depth of them. Some have hidden passages or stairs that can be explored for their buried treasures. 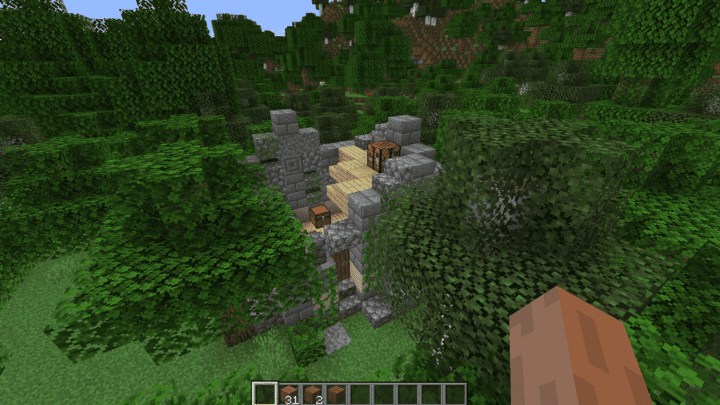 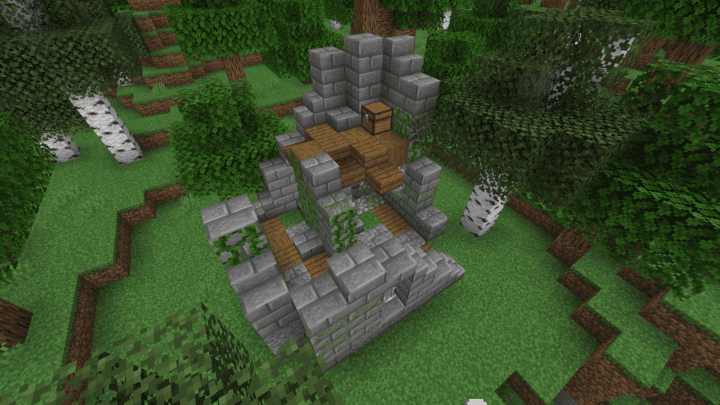 But you will often come across very dark passages that may even have mob spawners so be sure to enter at your own risk and always go in prepared. 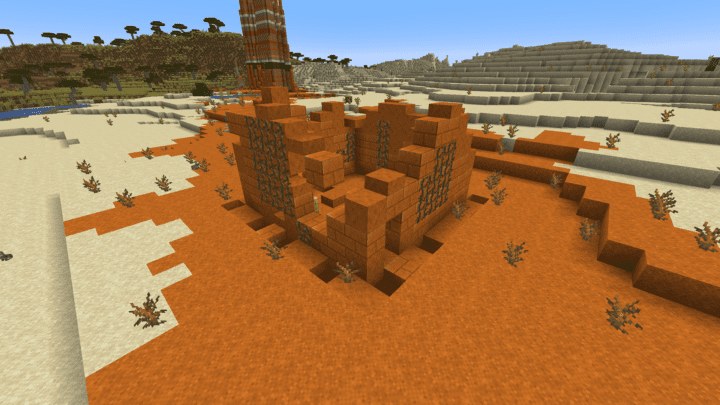 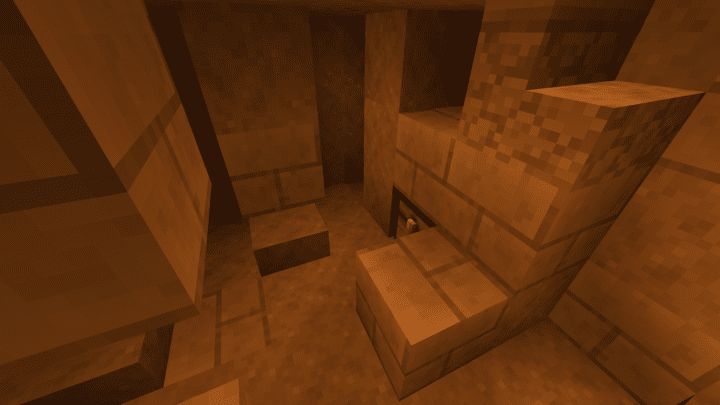 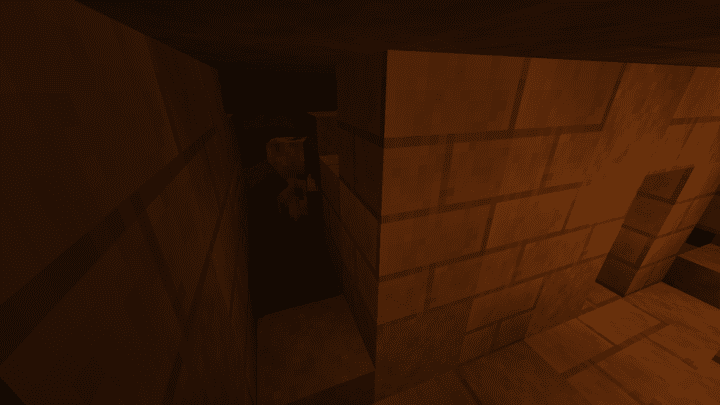 Some of these ancient ruins will also simply look like run down cottages or abandoned villager homes. They can vary in size and damage and sometimes can be very easily salvaged and restored for your own shelters or bases. 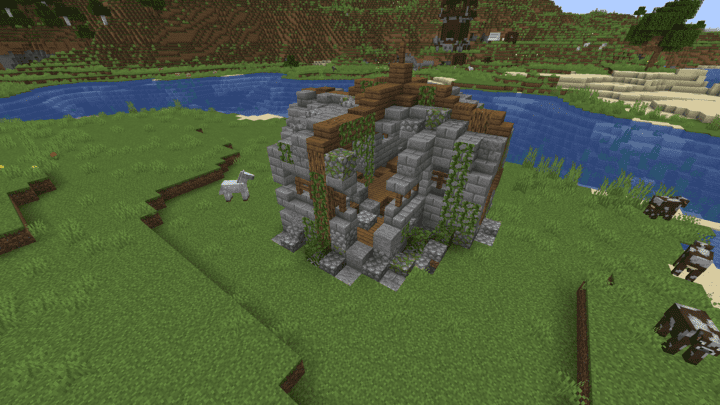 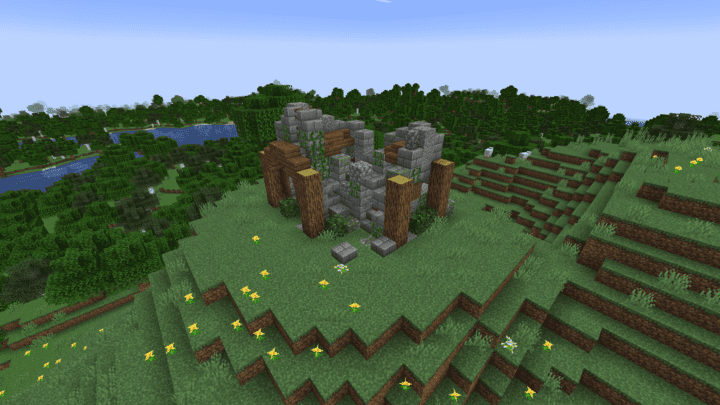 And even if these ruins look harmless from the outside, some of them may actually be rigged to explode when you trigger the right switch. This one looked innocent enough but had a few redstone dusts scattered around the floor. Upon opening the chest and expecting to reap the benefits of exploration, the all too familiar sound of TNT igniting kicked in and the whole structure exploded from below. This not only caused damage to the ruin and loss of treasure, it also released several silverfish into the area! 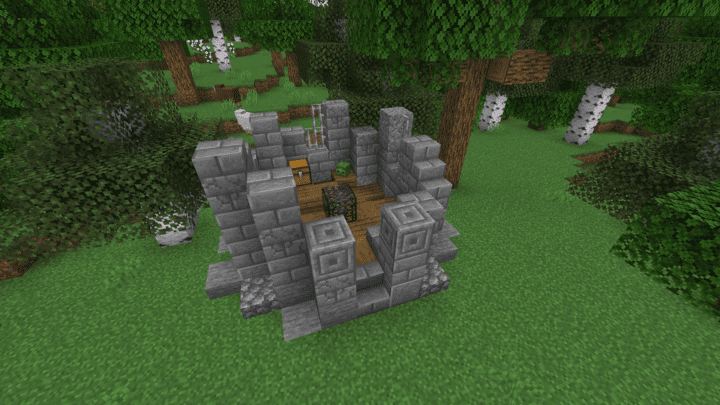 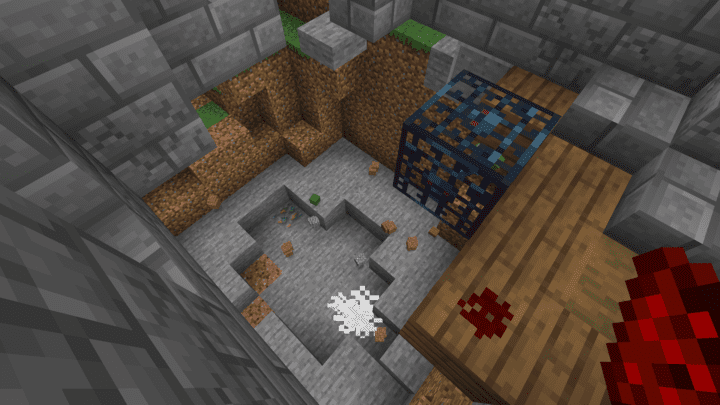 There are even some incredibly detailed, underground ruins like the Lost Soul Dungeon. This one is buried very deep and looks to be an ancient fortress full of treasure and hallways to explore. It takes up a much larger real estate than standard dungeons and makes underground mining and excavation that much more fun to take on. This mod does an excellent job of turning the players into archaeologists with expertly crafted ruins like this one to stumble across. 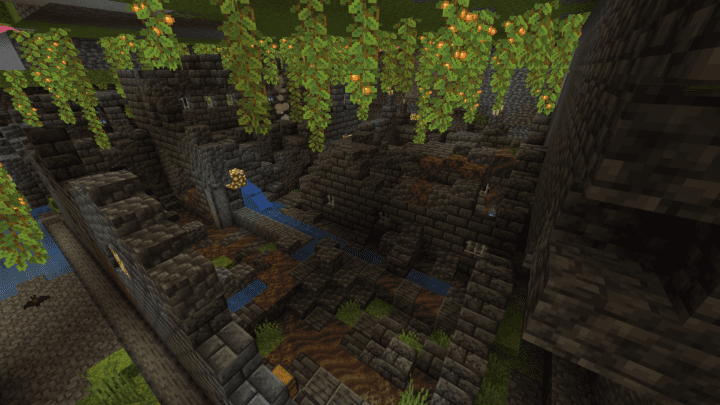 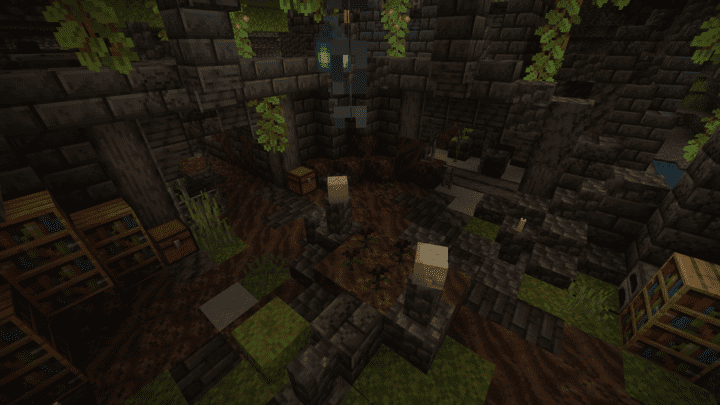 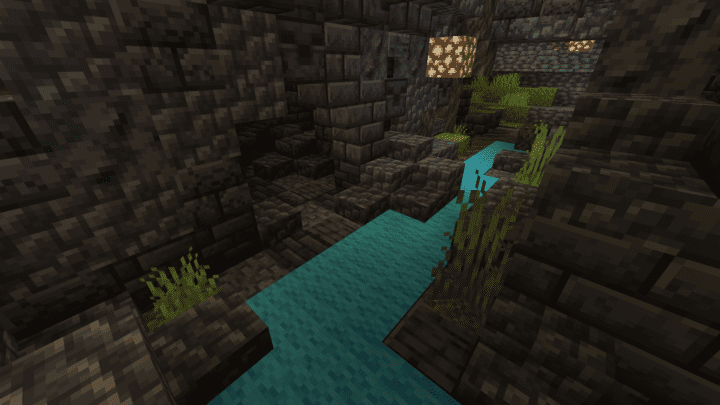 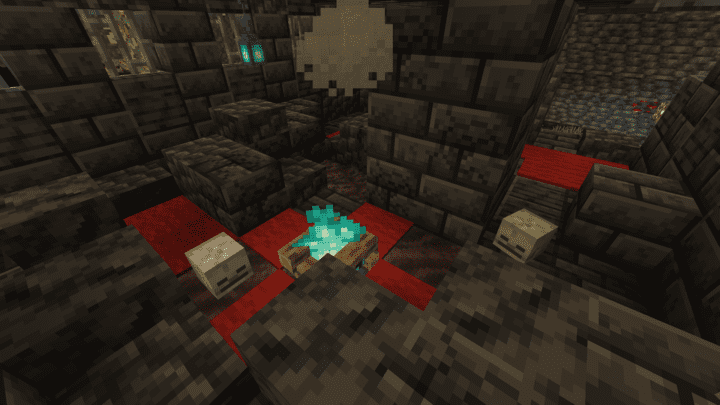 There are even underground structures like this abandoned enchantment room. Uncover or even create your own reasons why this room would be buried so far underground and with its mythical properties, it could be interpreted as some sort of medieval remnant used by a former society of sorcerers. 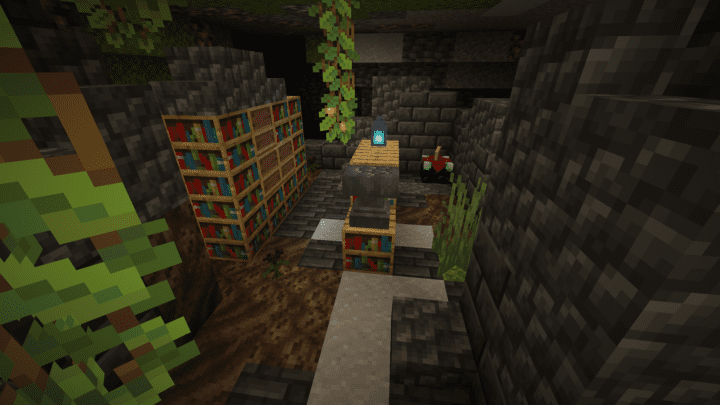 And you may even come across another elaborate and incredibly infested underground ruin known as the Bone Dungeon. This one looks to be made almost entirely of bone blocks that are added as new blocks with this mod. The Bone Dungeon is a maze of pillars and alcoves and is absolutely crawling with spiders and skeletons but the rewards are worth it if you can manage to take on the hostile mobs and escape with your life and the treasure! 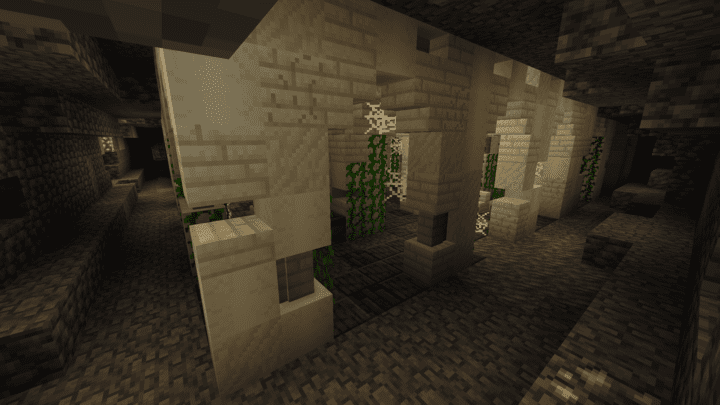 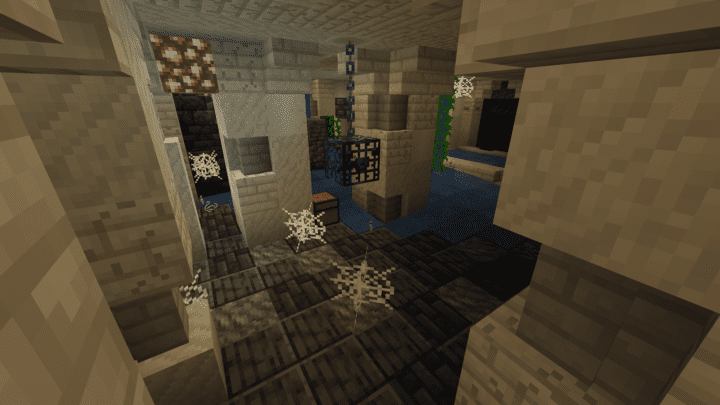 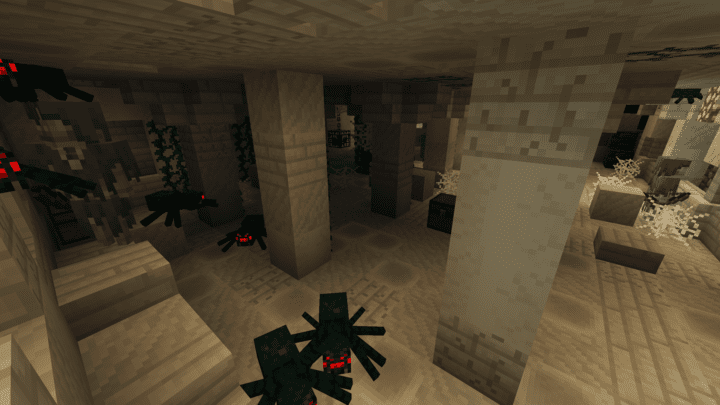 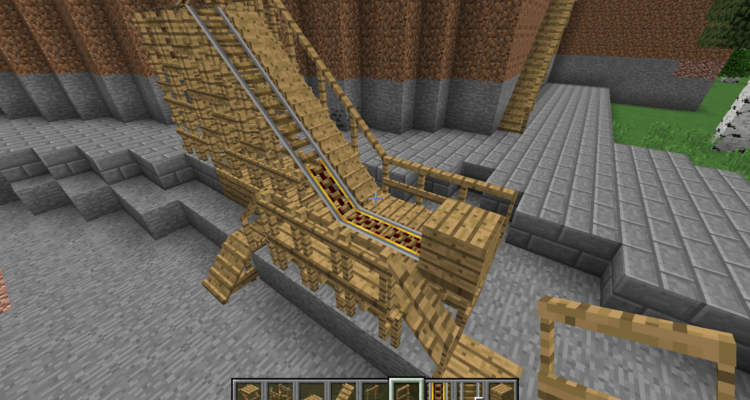 The Platforms mod adds a series of wood, stone or metal ramps, platforms and frames to help improve your world. It gives you more options for aesthetically plea... 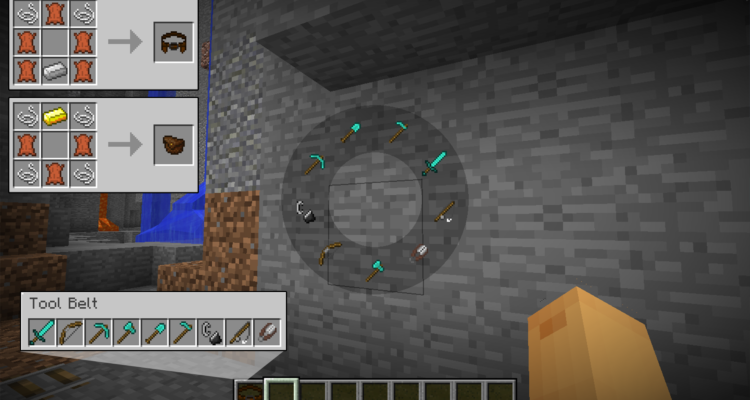 The Tool Belt is a nifty mod that condenses your inventory slots for tools into a belt you carry or wear with the Baubles mod. The standard belt adds 2 extra sl... 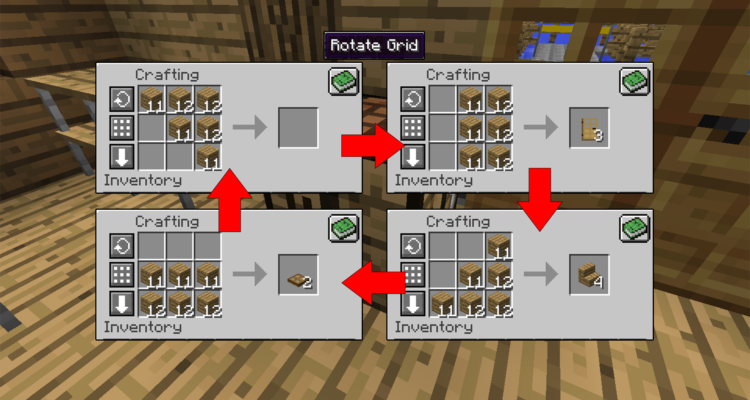 Crafting Tweaks adds a bit more functionality to the standard crafting table. You can now manipulate all the blocks you place in a table with the click of a sin...