Atlantis is a mod that adds a completely underwater dimension that becomes available once you slay the 3 elder guardians in the ocean monument. The portal appears as a solid blue block right after they die. Simply right-click it to instantly teleport to Atlantis! But be careful not to destroy the block because you can’t craft it and there’s only one other way to generate one that isn’t easy either. 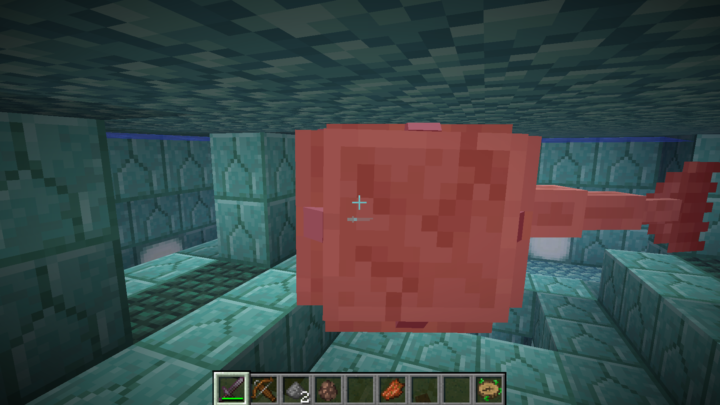 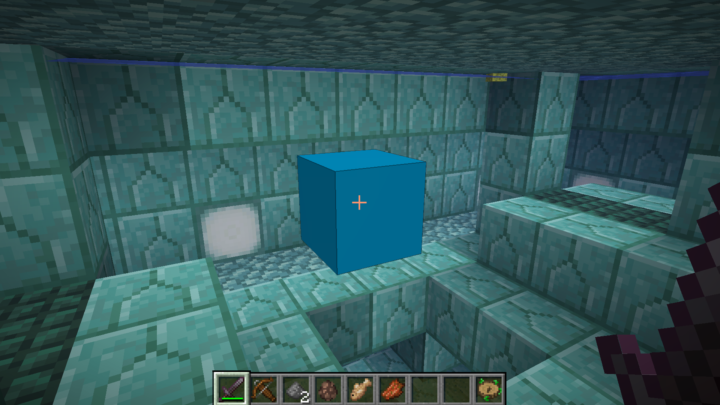 The whole dimension is filled with colorful reefs and shells as far as you can imagine, but don’t worry too much about drowning since the dimension automatically grants permanent water breathing, haste, and night vision! 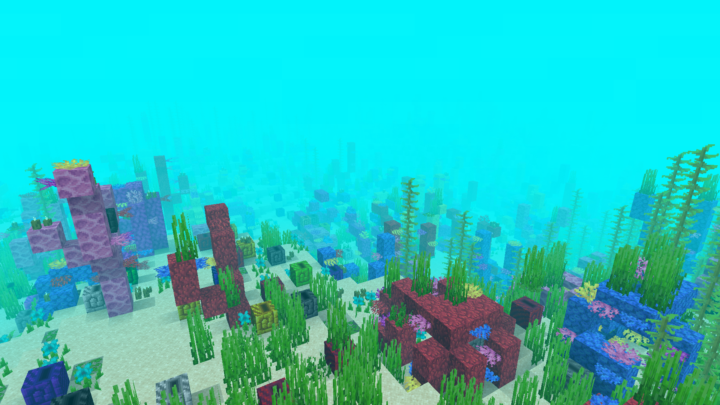 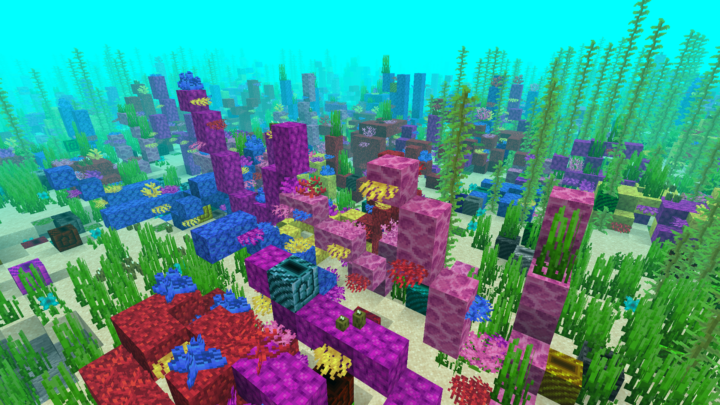 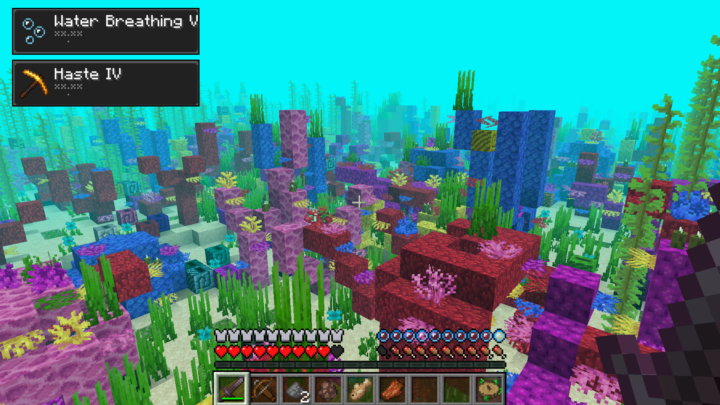 You’ll come across giant clams and underwater flowers and so many nautical blocks to build with not to mention the standard underwater wildlife. 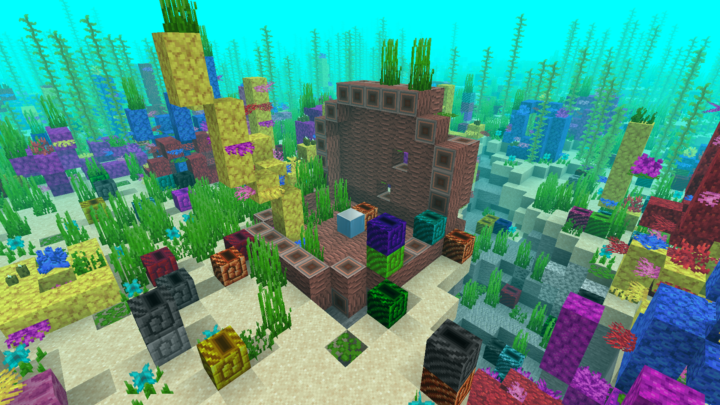 This mod also adds a new Aquamarine ore that can be smelted into gems to make armor and tools. These can be found within fountains scattered across the seabed.

Simply break the surrounding blocks and you’ll find the ore blocks underneath. Then you’ll be able to craft Aquamarine armor and tools as well as a sword. 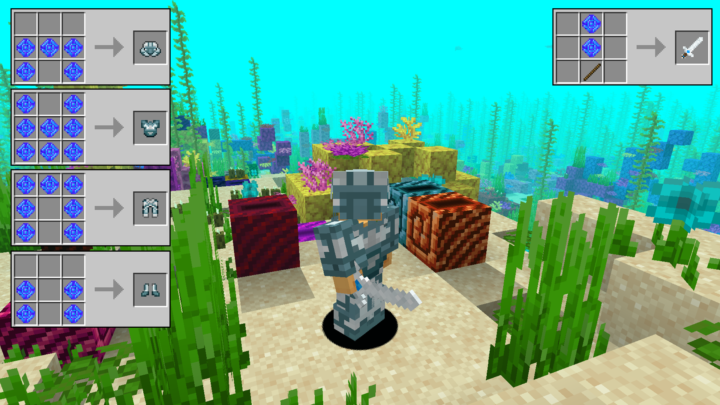 There’s an alternate way to get to and from Atlantis if you don’t want to fight elder guardians and that’s achieved by crafting an Orb of Atlantis. You’ll need Atlantean crystals and Aquamarine gems so it isn’t cheap but once you have one, right-click on any block and a portal block will appear. 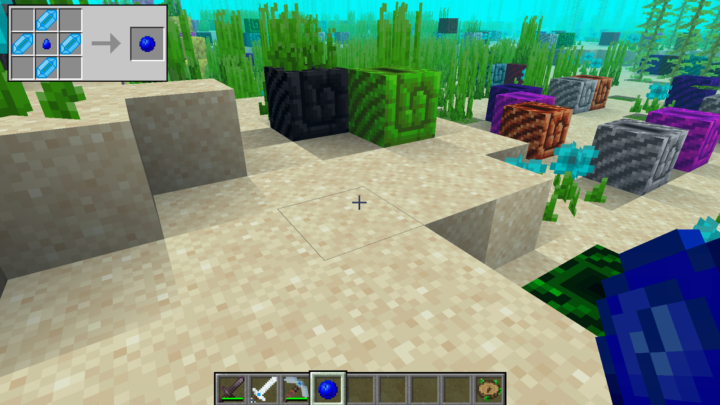 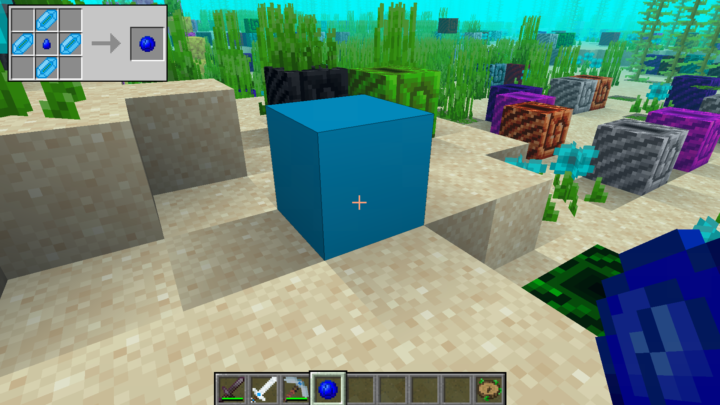 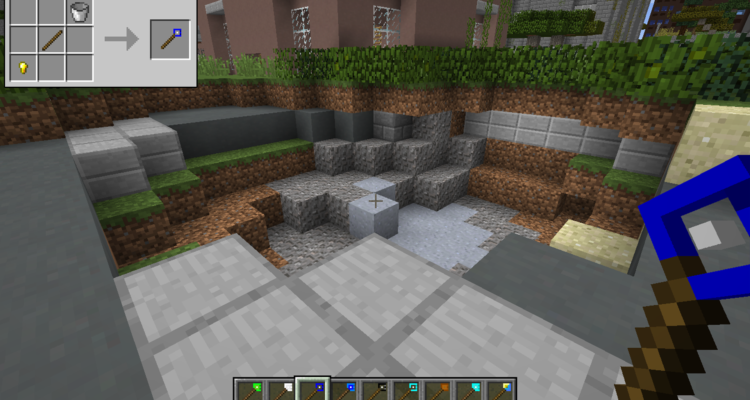 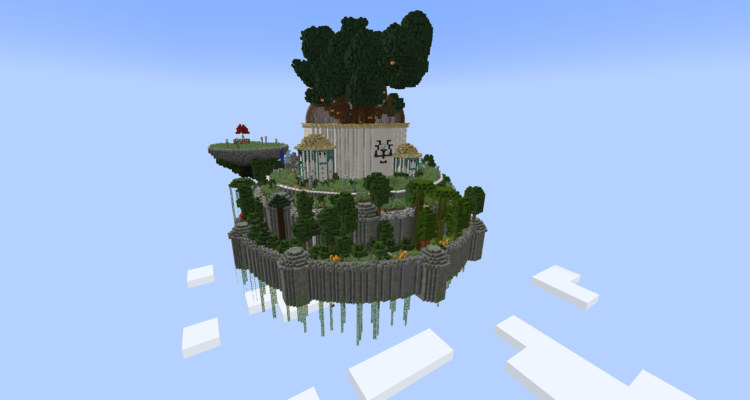 Castle in the Sky

The Castle in the Sky mod adds a secret castle hidden away that you’ll need to establish a master level in trading with a village cartographer first in or... 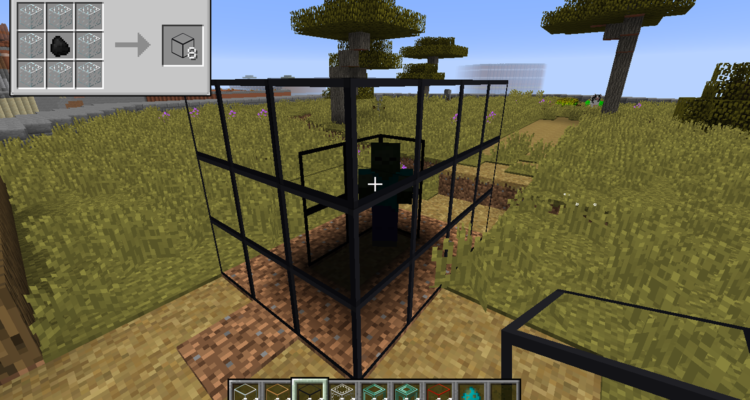 Glassential adds a variety of new glass types that have some neat features that normal glass can’t do. This mod has a standard glass block that just looks...