The Improving Minecraft mod puts some things into the game that seem much more practical than not having them. Pretty much anything you thought was missing like animals that previously didn’t drop anything now dropping meat or leather to the seemingly obvious fire arrows now causing fires upon impact. 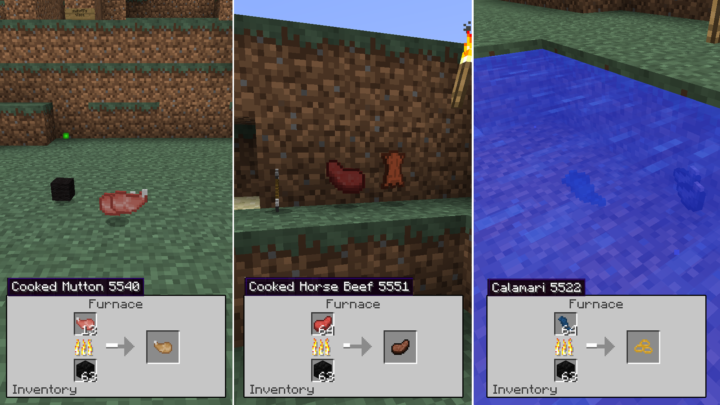 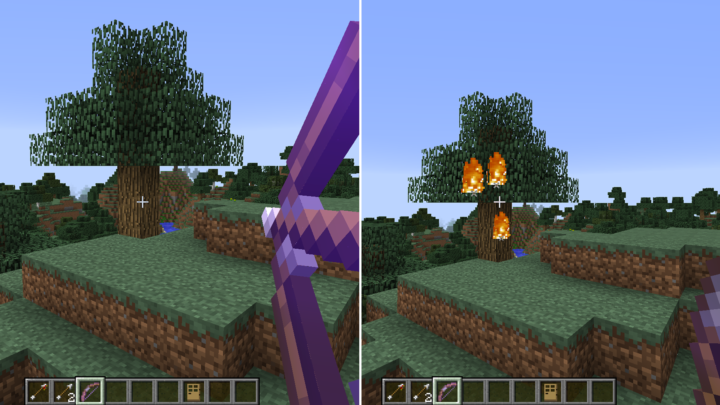 You can now craft the things that were previously only found around the Minecraft world or through creative mode. Now you can bring the creative world to your survival realm. Craft your own dungeon with mossy stone brick or mossy cobblestone blocks. Make it look worn with cracked stone bricks or decorative with carved bricks. And be sure to craft some webs out of that extra string you have. 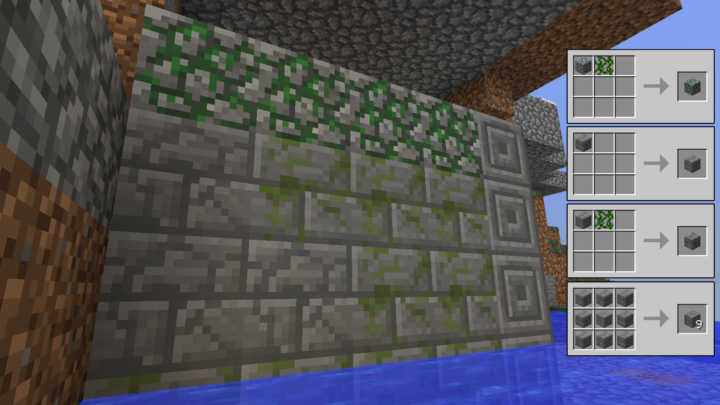 Probably the most useful aspect of this mod is reclaiming ingots from metal items. Just smelt your iron doors, cauldrons or mining carts back into their respective ingots. This is a great way to recycle materials you aren’t using anymore rather than just destroying all you worked for. 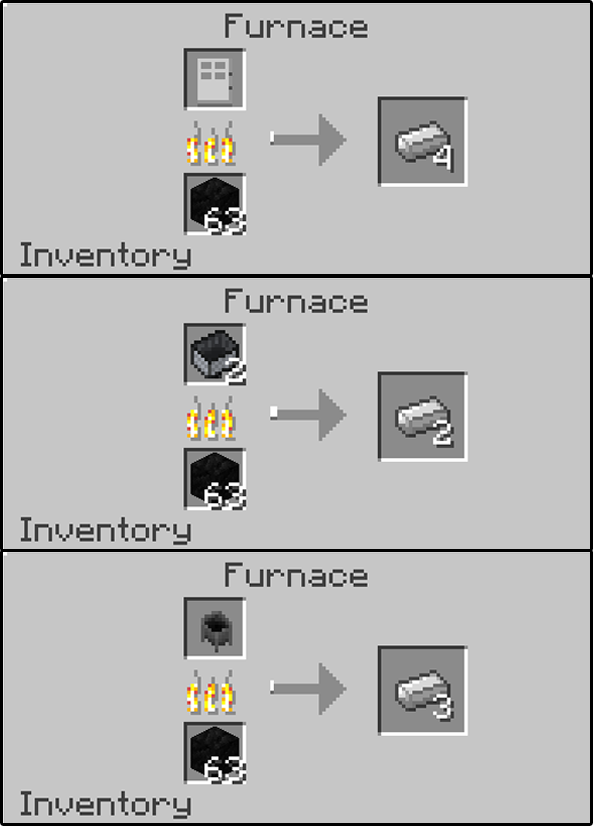 And a new TNT has been added specifically for mining. It has a wider explosion radius but won’t destroy the dropped items in its range. So now you can quickly mine an area with explosives without worrying about losing the precious items contained within. 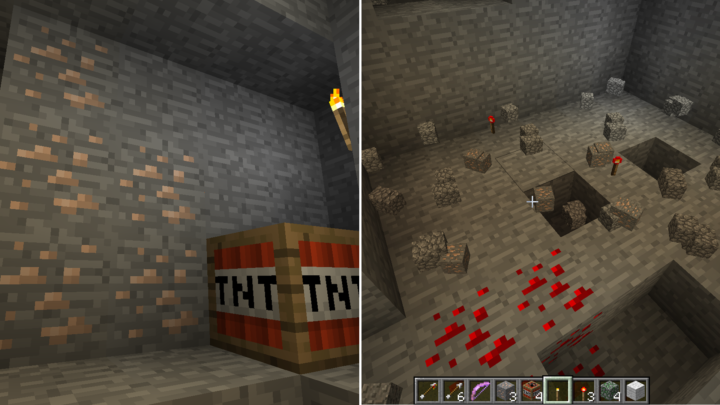 Farming and breeding is now a little more realistic. Animals are all wild until you evolve them through breeding to be farm animals. Wild animals won’t give you the same perks as farm animals. You now have to be a bit more diligent if you want eggs, wool or milk since you won’t get any of that without first breeding farm animals. All things that make more sense than the restrictions that previously limited the game or made it more unrealistic. Cactus and sugar cane can now grow with bonemeal and pigs are lured by potatoes, apples melons and bread. Plus pigs, cows, chickens and sheep all look a little different while wild. 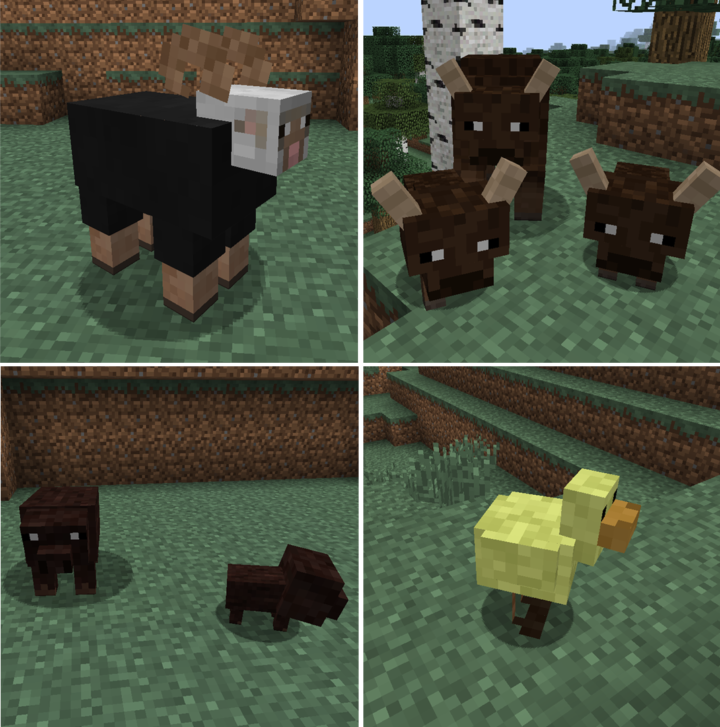 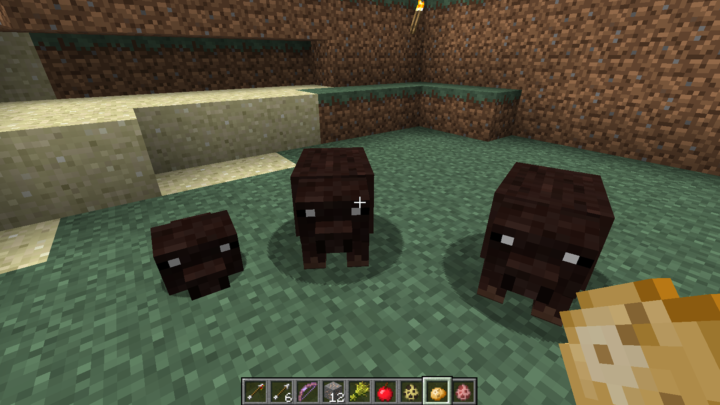 Many of the little annoyances from Vanilla Minecraft are quelled with this mod. Your boats won’t break on lilypads anymore, more of your arrows can be retrieved after stuck in blocks and mobs, Endermen will now always drop an enderpearl and possibly the best annoyance fix is double doors will now open and close together. They seem like such little things but when added up can get incredibly frustrating. 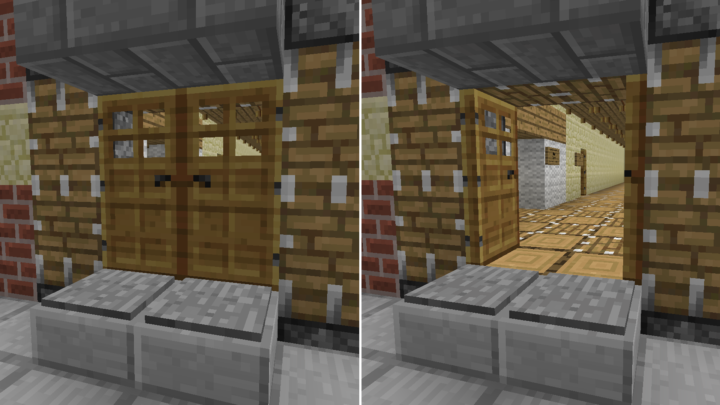 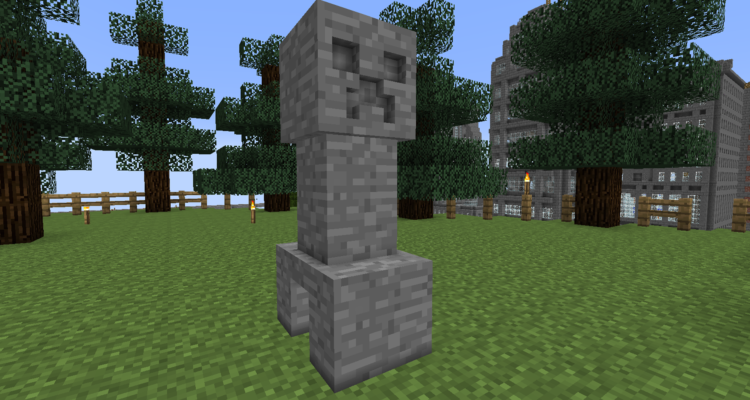 The Mine Painter Mod allows you to customize blocks using a new set of tools added to the game. You can paint on canvas, sculpt out sections of blocks, and even... 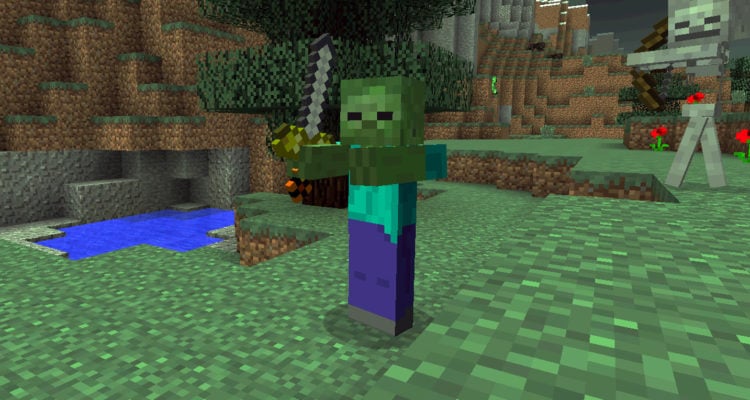 The More Swords Mod is as simple as that, adding more swords to Minecraft. What this mod brings to the game is the ability to create many different new swords ...

The Gany’s End Mod gives you so much more from the End. Traditionally you don’t really see much when you travel to the End. You defeat the Ender Dragon, har...