The Gizmos mod adds a few neat blocks to the game to make things a bit more interesting. The mod adds 4 new blocks of TNT as well as a few other items. Standard TNT blocks will explode if you trigger them with redstone. These new blocks are a bit different. 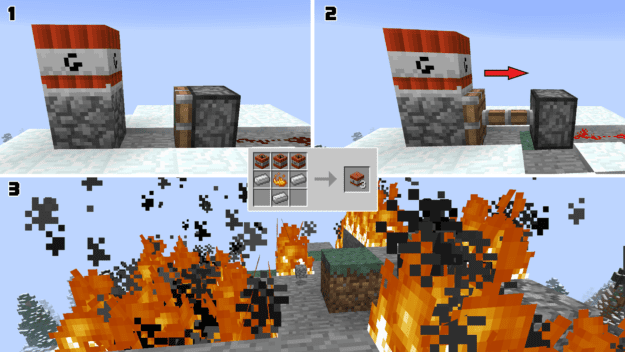 The Gravity bomb works great in a trap setting. If you set it up in an unsuspecting location and trigger the block below it to be removed due to redstone and/or a tripwire setup then the enemy below will be taken by surprise to have TNT drop from above. 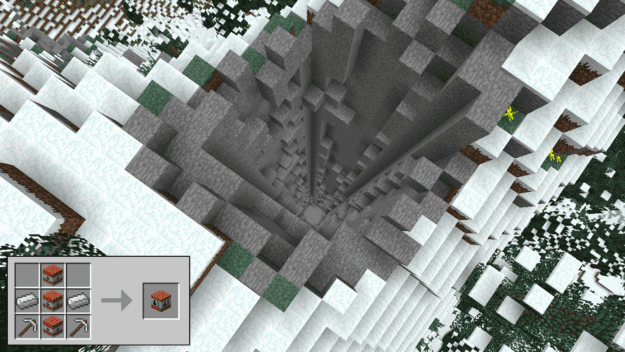 The Excavator would be an excellent mine starter. It works the same as the gravity bomb but will continue exploding the ground beneath it for a set interval. It goes pretty deep with just one bomb. 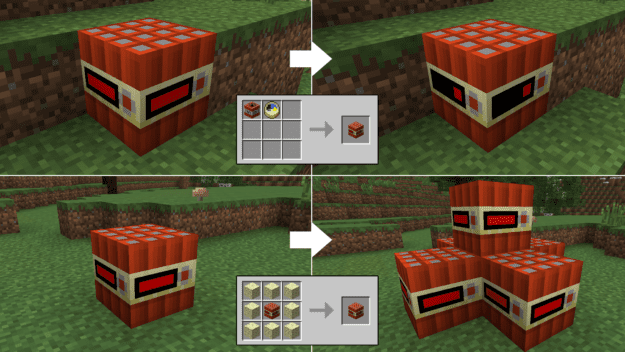 The Time bomb simply has a built in fuse that will cause it to explode over time. And the fork bomb is a bit more troublesome. Once you place the fork bomb whenever you right or left click it, it will multiply itself and so will it’s subsequent offspring. This becomes a bit of a problem because it looks just like the time bomb and seemingly can’t be removed until it explodes. There is only way to remove it without exploding and that is to craft a defuser and shift-click it and each of its child bombs.

Another neat gizmo in this mod is the Build tool. It has a built in inventory that you can refill with blocks or items. When you right click with the tool it will place that item. So say you’re mining and you accidentally removed a block you didn’t want to or you’ve encounter a sudden lava patch. Well instead of scrambling to get a block to replace what you’ve broken, you can just right click with your Build tool and put a block of cobble there in no time. You’ll need the inserter to first place the items into the tool. You can also use the inserter to remove those same items by placing it in the right slot instead. 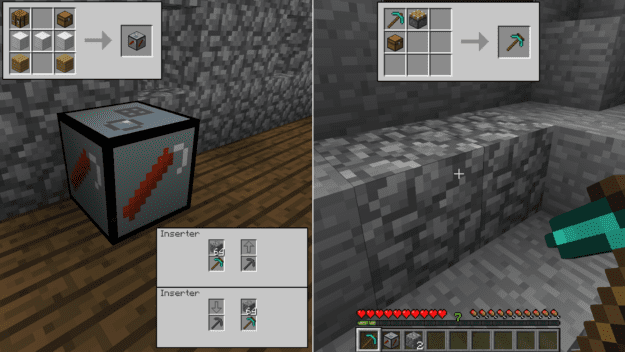 And one more really effective tool from this mod is the fire extinguisher. You can already put out fires by covering them with dirt or pouring buckets of water on them but the process is very slow and there’s tons of cleanup when the fire is out. With the fire extinguisher you can now cover a much larger area engulfed in flames in less time. This is great to help prevent fast spreading fires from destroying your homes or forests. 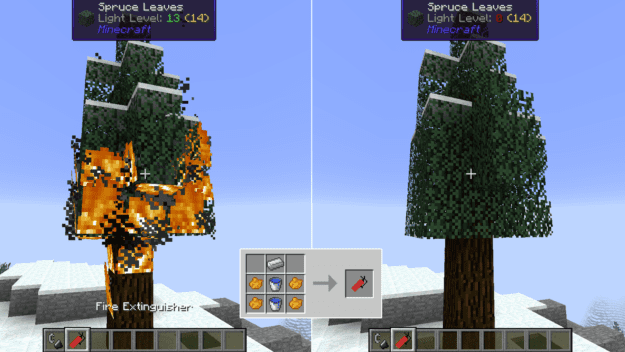 To use this mod you’ll need an additional API found here. 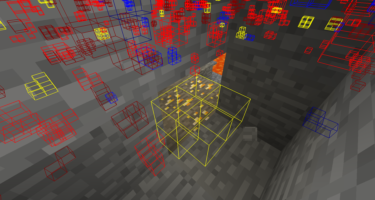 This is a very useful mod for when you are mining. It highlights different ores in different colors, helping you find valuable gems to mine. You can easily togg... 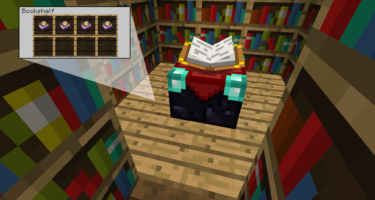 The Enhanced Books mod offers a way to safely store your XP without having to worry about losing it when you die. It simply adds two new items, the empty booksh... 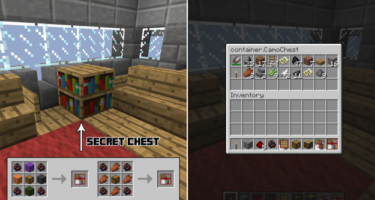 The Secret Rooms Mod adds a ton of new ways to hide or camouflage the entrances to your hideaways or stash. From invisible switches to hidden-in-plain-site trap...