The Battletowers Mod adds a series of scalable towers to the game with enemies and loot on every level. They spawn in any biome and come in several different varieties ranging from stone to netherrack. 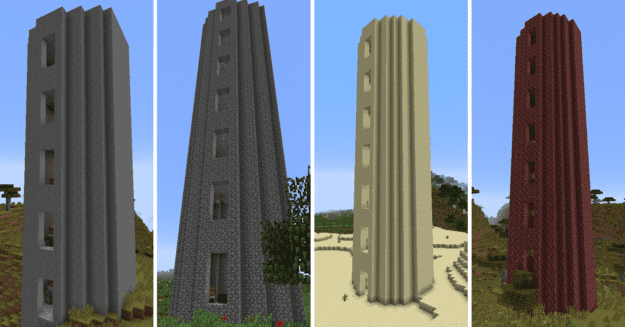 Each level contains two monster spawners that will either spawn spiders, skeletons or zombies. There’s also a chest on every level to loot once you’ve defeated all the mobs.

The levels get increasingly more difficult as you go up. Not only will you continually encounter angry mobs in a tiny room, but the floor starts to break away as well. So be careful and watch your step as well as mobs dropping from above you. It’s best to be well armed and protected before entering a tower. 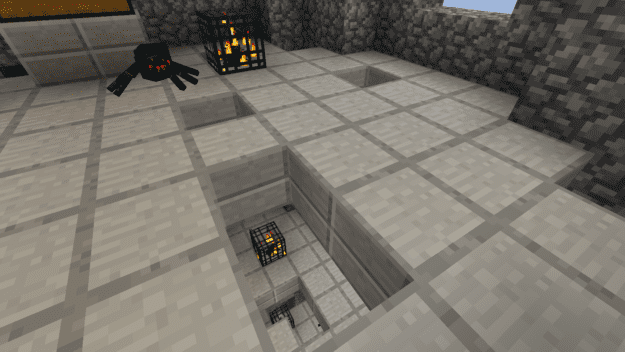 Once you reach the top you’ll encounter the Tower Golem. This mob is a very strong creature that fires flaming cannon balls at you, igniting fires where they land. This one is a tough one to take down but just be persistent and quick. 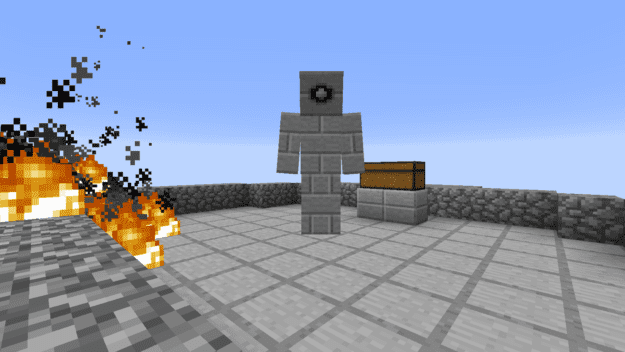 If you defeat the Golem you’ll get a few diamonds and good stash from the final chest. But act quick because once the Golem is destroyed the tower will start to collapse. Each level will explode until the whole tower is eventually gone. 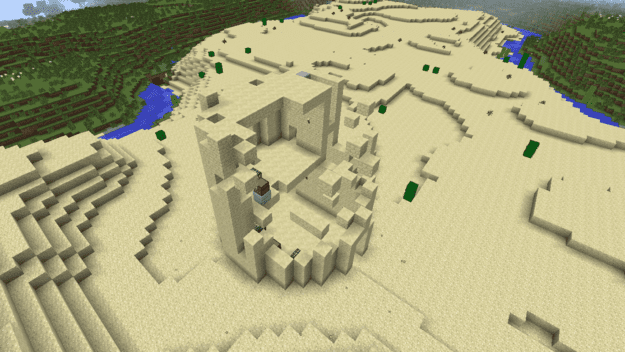 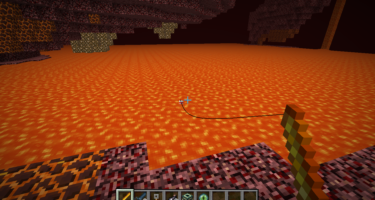 Advanced fishing adds a slew of new fish to all different biomes. Meaning depending on what biome you start fishing in will determine what type of fish you can ... 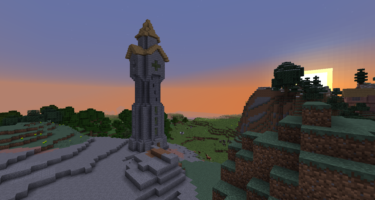 Roguelike Dungeons offers a massive overhaul to dungeons in Minecraft. It has several varieties of architecture and structures and ruins that appear in various ... 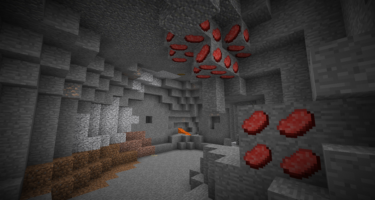 Lazyminers is an interesting concept for never having to leave the underground world you’ve built for yourself. Maybe you’ve become comfortable with...