Lost Cities is a brilliant world generator that gives you the option to add post-apocalyptic cities in various scenarios. It allows you to set the world type to generate sprawling cityscapes and buildings instead of standard biomes. You’ll still have chunks of all the same biomes generating like normal but now you’ll also have your choice of urban dwellings and skyscrapers randomly generating with roads and highways as well. So you can choose the type of abandoned city-world you want to live in and this mod will randomly generate an entire world full of cities. It’s really fascinating how quickly and realistically functional these buildings can generate in real time. 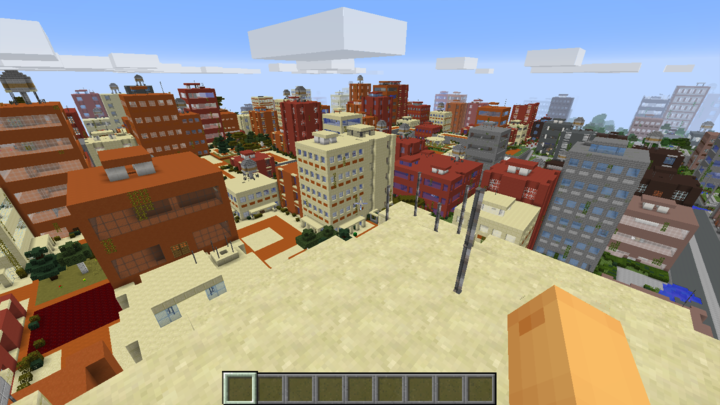 The idea of this mod is essentially that the player is spawned in a massive world that is eerily abandoned except for the standard mobs that will still spawn. Every inch of this new world is now a city that once thrived. You’ll see buildings that are crumbling and full of holes. 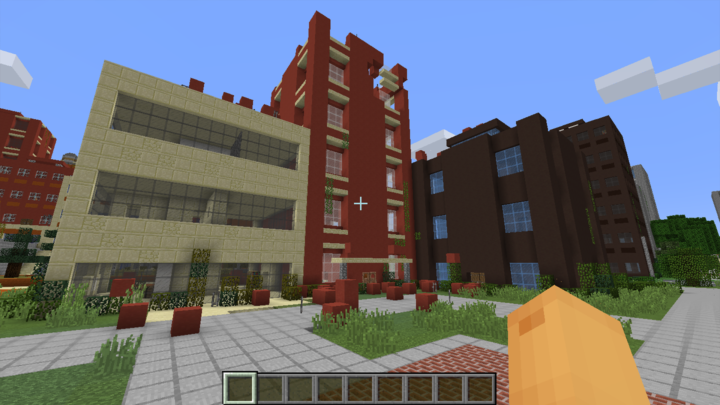 And animals take refuge amongst the buildings as there are seemingly no humans left to deter them. There are even vines and trees growing amongst the concrete jungles and it’s up to the player to decide what happened to it all.

The settings when creating your world give you the option to change the scenarios around and customize the degree of desolation. You can keep the cities mostly untouched and build within and around what generates normally or you can raise the stakes and difficulty level by turning up the destruction that once took place such as creating a mostly flooded world. 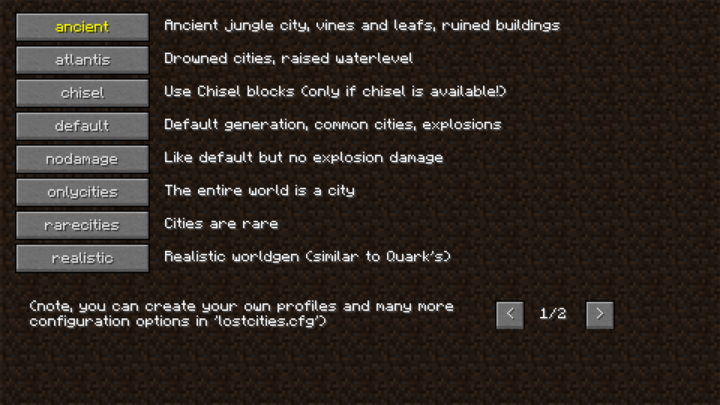 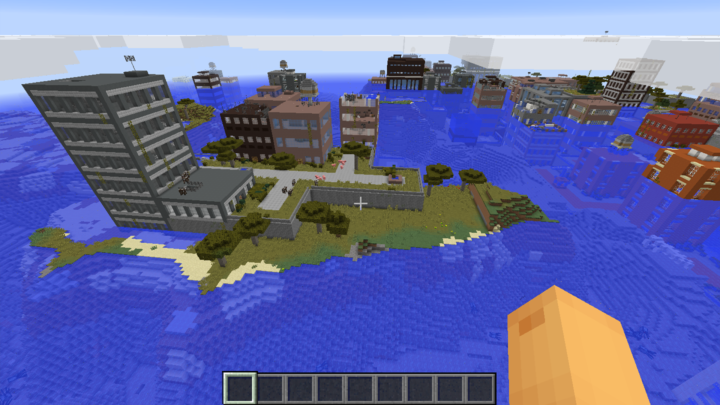 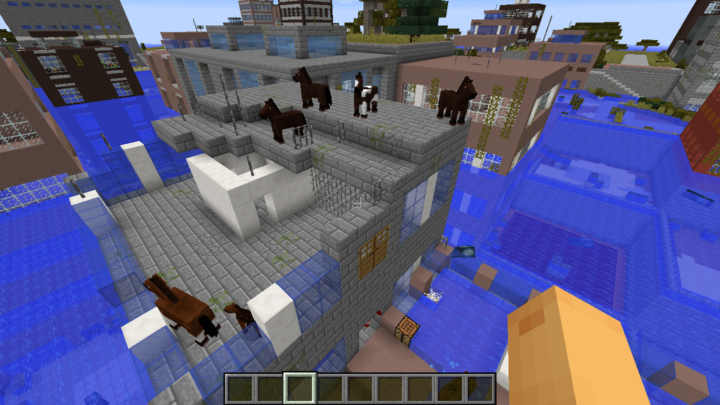 Here most of the world is underwater and you’ll have to rely on some clever modes of travel to get around or just build a bunch of boats to keep close. If you get adventurous then you can try and find loot deep in these drowned towers. The ocean level has risen well above the normal height so most of the skyscrapers have been completely or mostly flooded out and the ones with dry floors can still be subject to hostile mobs. What makes this scenario even more dangerous will be trying to make quick escapes when you are surrounded by water.

You can also set your world in an overgrown jungle, which offers a haunting beauty of manmade structures overtaken by nature. This will cause all sorts of trees and plants to start overtaking a once seemingly thriving city that hasn’t seen signs of civilization for years or even centuries. 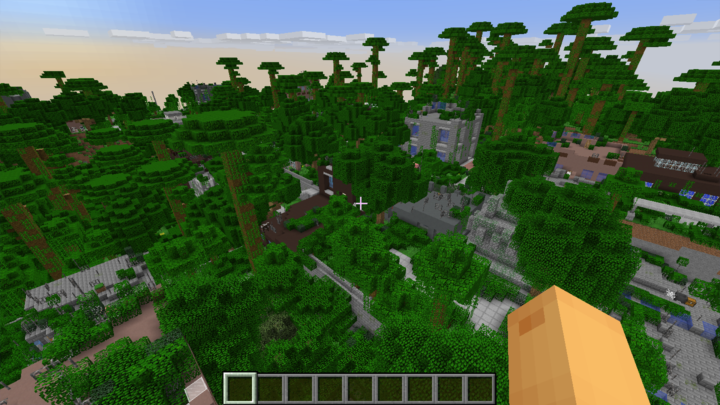 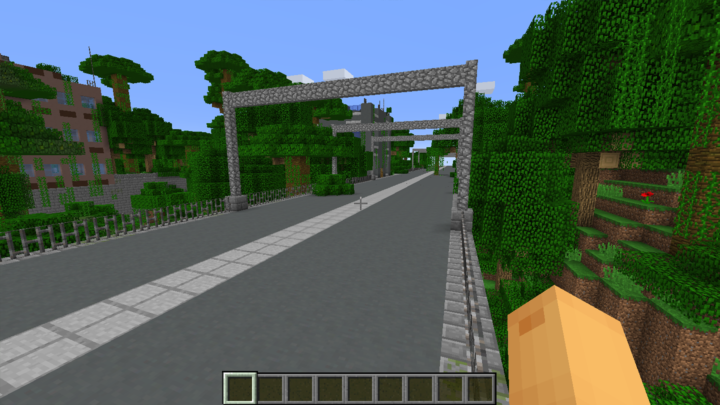 This mod offers a bevy of options for the perfect post-apocalyptic worlds and adds to the difficulty and ambiance of a truly hardcore survival server. You can truly immerse yourself in what it would be like to survive in a city that’s been overrun by nature or something much more sinister. There will be new challenges to find necessary items for survival but with the shear amount of structures that this mod generates automatically, not to mention the customization options and ability to use this mod in conjunction with other world generation mods, you can truly make some incredible worlds and start with all the key components right away. You can use this as a template to try and restore civilizations or simply try to survive in a post apocalyptic world all on your own. 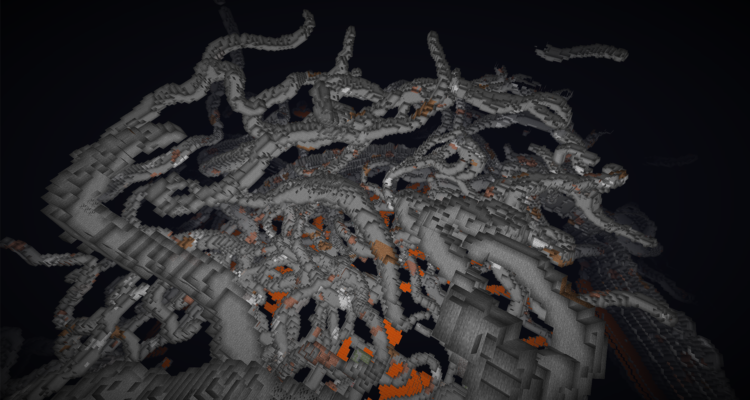 The Advanced Mining Dimension is a simple but incredibly useful tool for generating an alternate dimension solely for mining. There’s no overworld and it ... 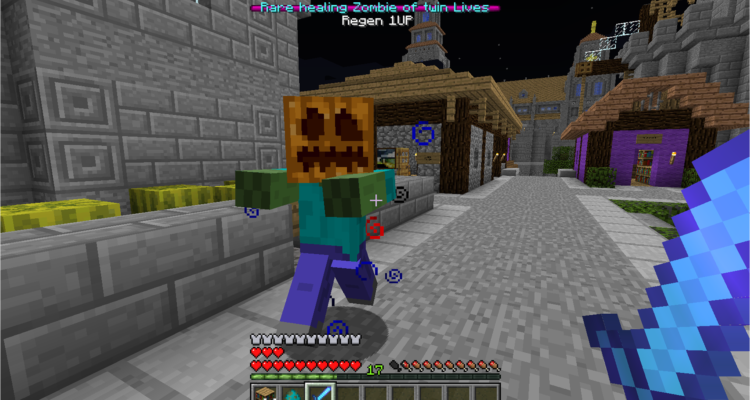 The Infernal Mobs mod gives each enemy in the game special modifiers to make them more challenging to fight. Not all mobs that spawn will have the modifiers but... 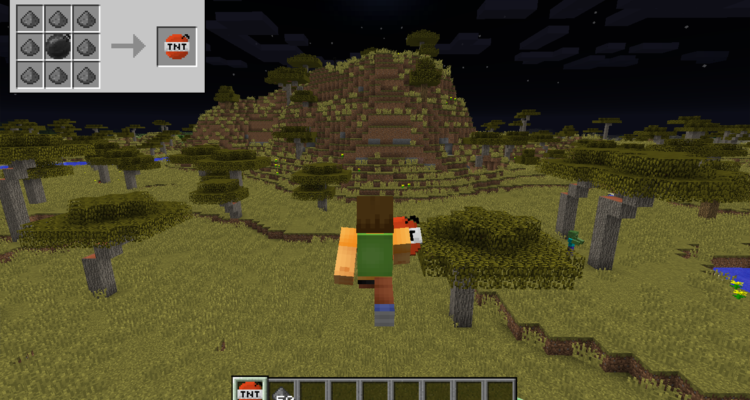 This mod adds a series of balls that enhance your jumping capabilities in Minecraft. The jumps vary depending on the material used and there are several varieti...