Grey Goo is a fantastic mod if your end goal it utter destruction. Sometimes you want a challenge, other times you just want to watch the world burn. Well Grey Goo is much more suited for the latter. It comes with several different goos to choose from and some are less destructive than others. Purple goo will destroy anything in it’s path but will eventually die off on its own. 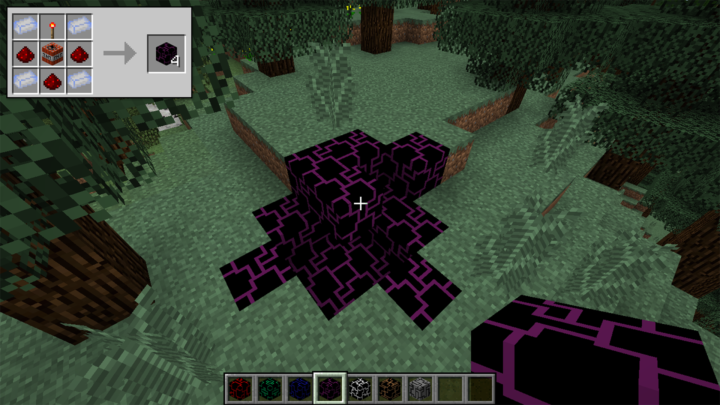 Brown goo will destroy only stone blocks making for a creative way to mine for ores. 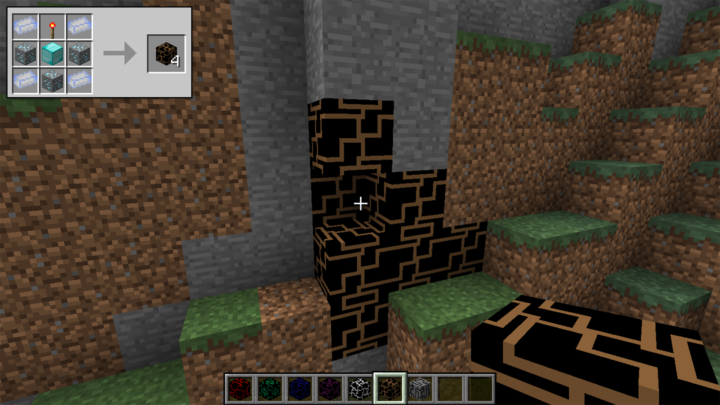 And Blue goo will destroy sources of water and die off when no water is left in its path. 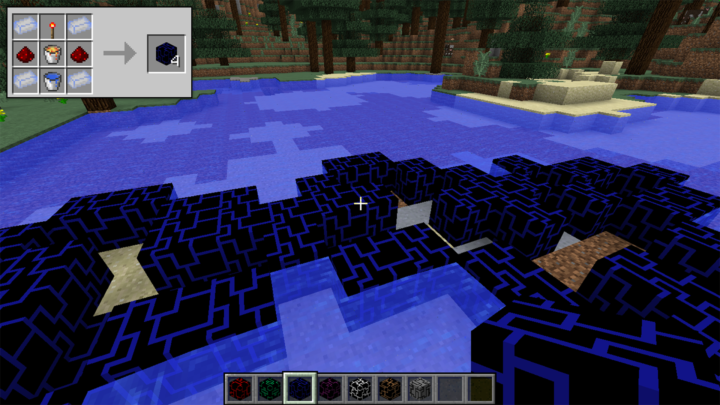 Things take a significant turn for the worse when you get grey goo involved. This is an incredibly destructive force and will not stop unless another goo prevents or destroy it. It will start off slow but after a few minutes it will spread very fast and grow exponentially. 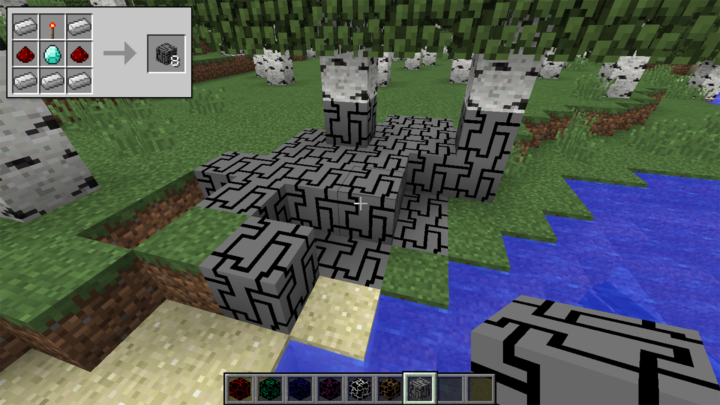 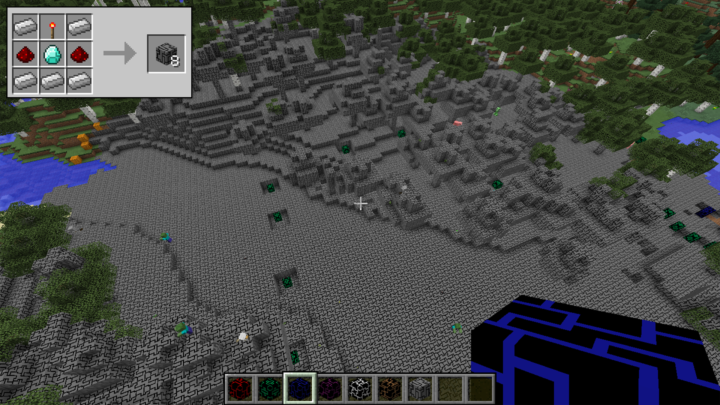 And this is about the point you’ll want to clean things up with red goo if you want to salvage anything from this world. This is the only thing that can prevent the continual spread of the grey. It won’t die on it’s own in other words. It’s a very quick clean up too as the red spreads to all known grey at a much faster rate than the grey can continue to spread. 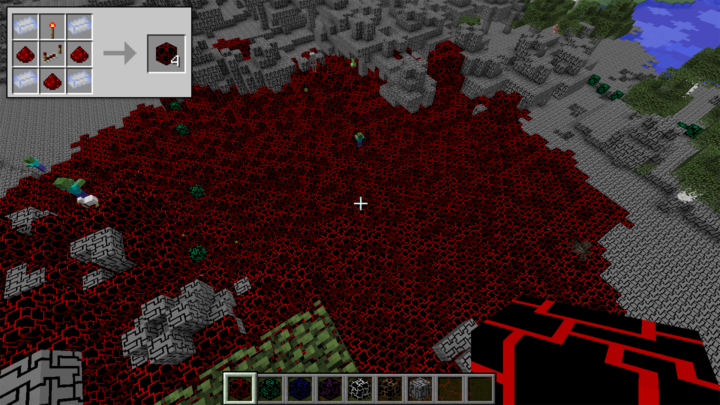 Obviously due to the destructive nature of this mod you’ll want to back up your save or use a brand new one. Despite the clean up that the red can do to clear out existing goos, it cannot reclaim any of the already destroyed blocks. 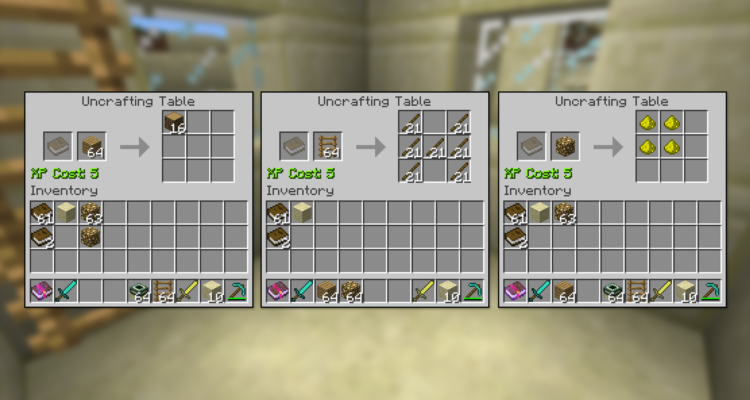 The Uncrafting Table is a simple tool used for reclaiming materials from unused or damaged items. If you’ve got a stockpile of items you don’t use and want ... 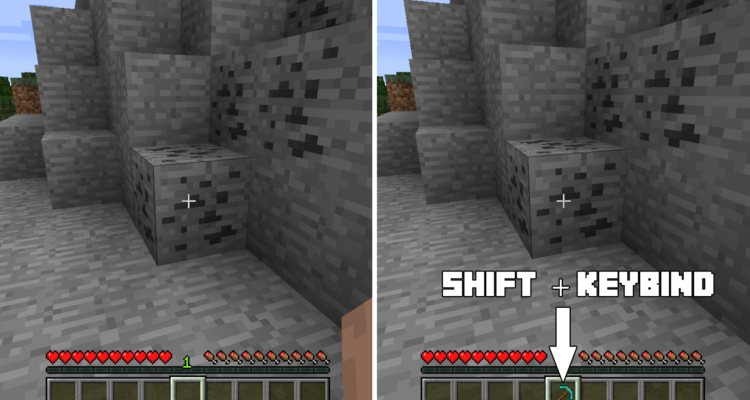 The Pick Block mod is a little tweak that streamlines your Minecraft experience. If you click or use a chosen keybind on any block or entity, provided you have... 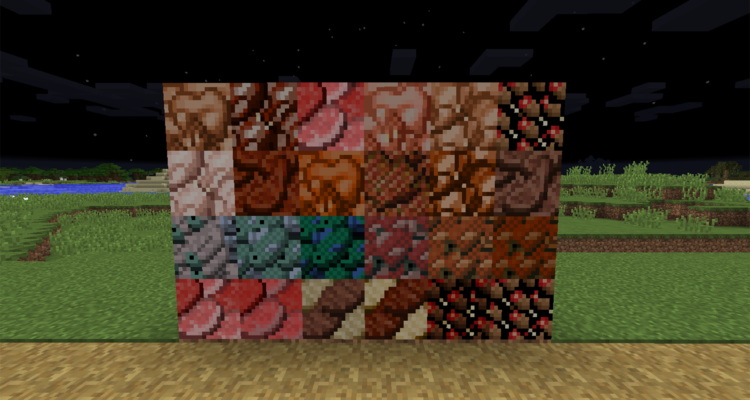 The Meat Mod adds some new features and tools to the meat already present in the game. You can condense various meats both raw and cooked into blocks maximizing...